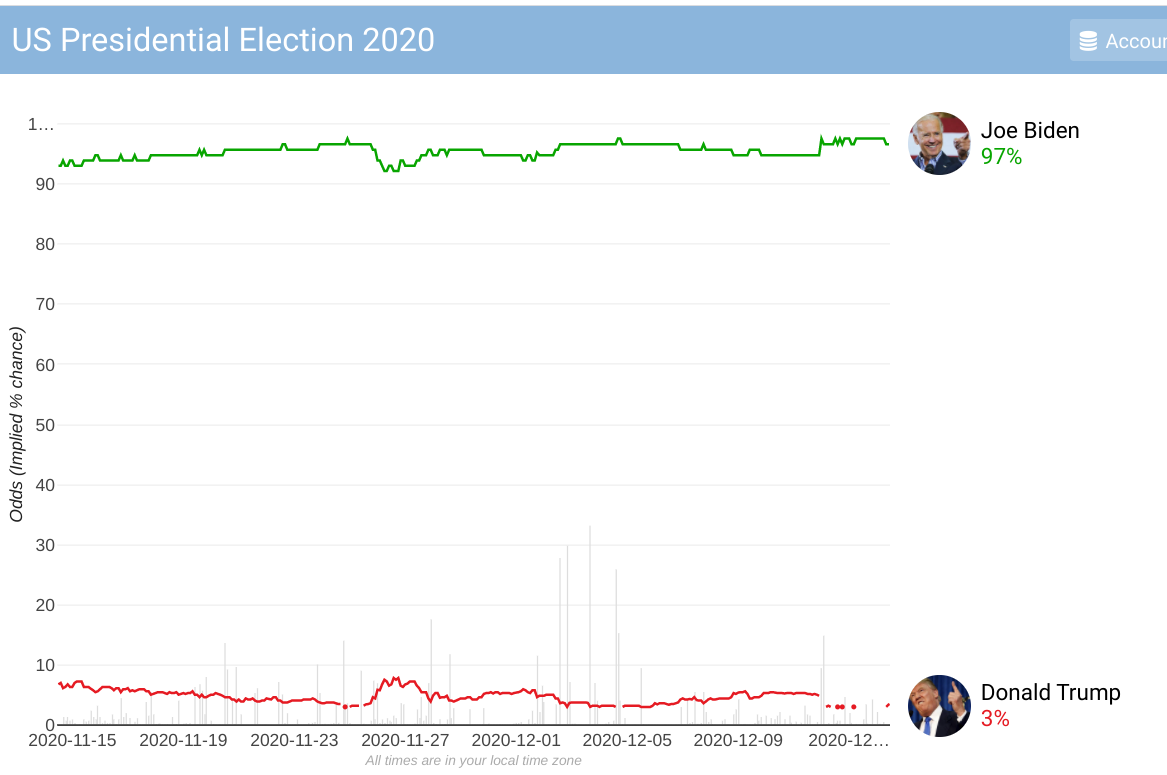 As the Betdarta.io chart shows the Betfair WH2020 is still open more than five weeks after other bookies settled Biden as the winner.

The total of matched bets on Betfair is now heading for £1.7m BILLION which is up more than billion since the other bookies settled their markets in the weekend after the election.

What has driven the continuation of this market has been the readiness of some punters to bet on Donald Trump even though the numbers are totally against him having any chance whatsoever. Quite simply from November 9th it became clear that he was going to lose by a sizeable margin and that has now been confirmed in all 50 states which have certified their results ahead of the Electoral College meeting today.

A big problem here is that the apparently emotionally retarded incumbent has found it impossible to admit that the he has failed big time and that there are too many leading figures in the Republican party who have been only too ready to humour him. His big lie that the result was as a result of electoral fraud has simply not been supported by the evidence as has been seen in more than 50 court failures by Trump and his team.

The assumption of of many punters has been that today’s meeting to will formalise Biden as President elect and be the trigger for Betfair to finally settle.

Given the time differences between here and the West Coast and the fact what each state electoral College has to meet individually it might not be completed until the early hours tomorrow UK time. The expectation must be that that this will be the end of the affair and the winners in this market will get their money.