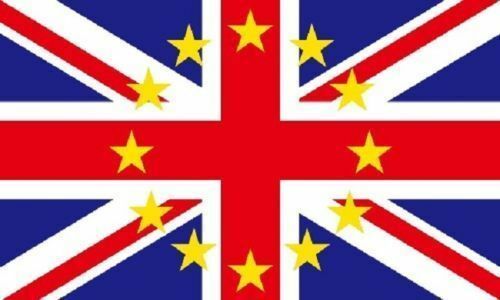 “Democracy in Europe” by Larry Siedentop, written when the EU was trying to draft a constitution is, despite its age, worth a read. Surprising as it may seem, given the US’s own current democratic difficulties, the outsider’s analysis of what constitutions mean, how they are arrived at, different views of democracy and how these interact with a Continent’s history, culture and religions is acute. It is one which European and British politicians would have done well to consider before embarking on changes which, arguably, led to Brexit and certainly resulted in one of the biggest popular rejections in the Dutch and French votes on the constitution.

Are You Thinking What I’m Thinking?
One point in particular stands out: simply because people use the same word does not mean that their understanding of it is the same. Put like that, it is obvious: no-one thought that what the GDR understood by democracy was remotely similar to how it was understood west of the Iron Curtain. But it is key to much of the debate now between the EU and Britain. Defining your terms is, as any lawyer will tell you, essential to reaching an agreement.

Sovereignty Much used, at least on the British side. A sovereign entity is one which has the legal authority, the power to make decisions for itself, under its own control. How that control is exercised – by a monarch or Parliament or in some other way – is for these purposes irrelevant. Britain is a sovereign state. So is Bhutan. And China and Switzerland, though their political arrangements are as different as can be. The EU too is a sovereign entity, if not a state. Its members are sovereign states. How that sovereignty is exercised is up to the country concerned. So a country can choose to join a defence or trading organisation which imposes legal obligations which non-members do not have. Or a political-cum-trading bloc such as the EU. A sovereign state can choose to agree to restrictions on its absolute freedom of action – whether through treaties, agreements or membership of organisations. It can even choose to be bound by rules which mean that it must follow rules against which it voted and with which it disagrees.

Most sovereign countries do so, to a greater or lesser extent. That they do does not make a country less sovereign or remove sovereignty. How could it? If agreeing to a restriction on a country’s actions meant that it was not sovereign, any country entering into a treaty or remaining a member of the UN or the WTO would no longer be sovereign. It is absurd to argue that a decision to exercise sovereignty (by, for instance, entering into a legally binding agreement) somehow makes a country less sovereign. When some complain that EU membership or an agreement with the EU involves a loss of sovereignty they are really talking about restrictions on a state’s freedom.

Freedom A sovereign country is theoretically free to act in whatever way it wishes, subject only to whatever constraints it has freely adopted. So a country can say that it is free to fish in the seas around it and keep others out. Which seas? Its territorial waters, comes the answer. And what do “territorial waters” mean? Well, they are defined by various international conventions. They do not mean anywhere at all your fishermen can sail to. Oddly, the fact that the U.K. has long accepted a definition of territorial waters agreed with other states has not led to any of its politicians ultra keen on “sovereignty” to claim that it is not sovereign. Give them time.

But freedom to do what you want does not oblige anyone else to agree or to facilitate this. Britain outside the EU is free to do all sorts of things it was not able to do when a member. But so are the EU and other states. They too are free: to ignore Britain or to demand a quid pro quo or to impose conditions of some kind. Freedom to act is not the same as freedom to act without consequences, let alone without any adverse consequences. Much of the rage at the EU demanding certain things in return for Britain’s demands is the realisation that sovereignty and freedom are not just for Britain but for others too. The consequences of each exercising their freedoms are not dependent on “sovereignty” or the EU’s failure to recognise Britain as sovereign. But on power.

(For those fond of Latin and/or lawyers – a very tiny Venn diagram intersection I grant you – we are now moving from de jure to de facto.)

Power All countries have sovereignty. Not all have power. And they certainly do not have equal power. Power comes from a range of things: size, location, natural resources, what it can produce, military might, economic might, cultural reach, moral standing, ruthlessness. Or usually a mixture of these. But it is not fairly distributed. Even for sovereign nations with a theoretical freedom of action, their ability to get what they want from another party depends on their relative power. Powerful entities get more of what they want than less powerful ones. The former are not obliged to pander to the amour propre of the latter. The British PM may well be right to complain that the EU, in seeking to bind Britain to EU rules, seems to disregard Britain’s decision to leave. One might as easily say, equally accurately, that it is using its relatively powerful position to get what it wants. Just as Britain seeks to do. If it is not working, this may – just possibly – be the teensiest clue that Britain’s position is not as strong as it would like to think.

Dependance For intimately linked with power is dependence, even if this is usually well hidden. This dependence becomes exposed when there is some sort of rupture or crisis. Many pro-Brexit politicians have sought to make much of the power that being the EU’s largest market gives Britain. But it also means that Britain is very dependant on those EU suppliers. If it weren’t so dependant, it could not have become such a large market. So now the concern is less about German carmakers worried about selling to British buyers, more about British shops being unable to source food for British consumers. What was touted as a reason why the EU would rush to offer a favourable trade deal has now become a source of anxiety at the loss of an easy, reliable source of supply. (Hence the government advice to supermarkets to stockpile supplies.) In time the balance of power and dependence will likely change. But change and transition are disruptive, rarely easy and usually costly. How those costs are borne is not decided by some benevolent God sharing everything out equally but by who has the most power to avoid the costs or pass them on to others.

This is not an argument about sovereignty. It is a straightforward power play. What the outcome will be depends on who best understands this and how to use the power they have to achieve what they want. Talk about sovereignty and freedom is enticing but a distraction. The Commission President seemed to understand this with her politely contemptuous reference to “sovereignty, if you will” in her press conference. It is not clear whether the British Prime Minister does. Or whether he is using it as a distraction while he gets what he wants. What that may be is anyone’s guess