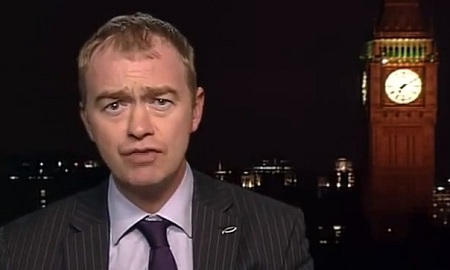 Since the Syria vote a lot of the attention and comment has been focussed upon the Leadership of Dave and Ed, trying to work who was and will be the winner and the loser from the Syria vote.

But what of Nick Clegg?

HeÂ was dealt a damaging blow to his leadership as 24 out of his 57 MPs, including the Party President Tim Farron, revolted over his backing of military intervention in Syria.

Tim Farron has a history of not supporting the party leadership during the coalition, as he was one of the rebels over tuition fees.

With the Lib Dem conference starting this weekend, coupled with Sarah Teather’s announcement that she was steppingÂ down in despair at Nick Clegg’s policies, for those Lib Dems looking to improve their party’s polling, will they conclude removing Nick Clegg with Tim Farron as maybe the best solution for bring back the lost Lib Dem voters, who may be attracted to his opposition to tuition fee increases and intervention in Syria.

Farron replacing Clegg may also Dave’s preferred option, as it might reverse the Lib Dem to Lab switchers, that have been discussed recently, and are on course to put Ed Miliband in Downing Street.