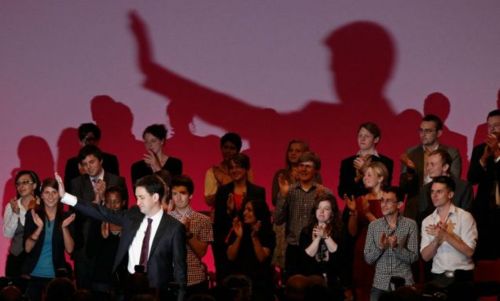 How’s the leader going to do next week?

The nature of Ed Milibandâ€™s election victory a year ago has proved to be an occasionally irritating backdrop in what has been a rollercoaster year for the leader. From addressing the TUC rally in March, robotically opposing industrial action in June and pulling out of the Durham Miners Gala in July, Ed has failed to develop a clear position with regards to the unions.

This has culminated in a combination of proposals that will further â€˜demonstrateâ€™ the leader is making his mark on the party and â€˜diluting union powerâ€™.

Just days before the anniversary of his election, Ed Milibandâ€™s office is determined to generate headlines showing a stand-off. This is nothing new. Under Blair the leaderâ€™s office used to give advance copies of speeches to Unisonâ€™s Rodney Bickerstaffe to enable him to have sufficient time to prepare his â€˜denouncementâ€™.

This yearâ€™s attempt to rerun the pantomime will disappoint some of Ed Milibandâ€™s grassroots supporters who expected a much more explicitly positive to the unions, but it won’t be fatal.

For union leaders the stakes are significant as growing numbers of their lay officers question the â€˜returnâ€™ they receive from affiliating to the Labour Party. The partyâ€™s constitutional changes are important to the trade unions, however it is the prospect of large scale industrial action in November over pensions that matters most. The crucial difference to this new proposed action to that held in June is that unions affiliated to the Labour Party are now involved. The importance of this has been overlooked. It is the union link that is being tested right now and plenty of people need to demonstrate itâ€™s working and worthwhile. In this context the nature of Ed Milibandâ€™s future November response is being discussed as part of negotiations right now. So donâ€™t just look at the final proposals for next weekâ€™s party conference in isolation but view them as the first half of the wider equation.

Within the â€˜Refounding Labourâ€™ proposals is the genuinely eye-catching introduction of a new category of â€˜party supporterâ€™. They will be represented in the union-dominated affiliates section, thereby technically reducing union influence although by how much is debateable.

My soundings suggest that it is paying party members rather than trade unionists that are initially most unhappy about this. Why pay Â£41 a year to be a member when you can be a â€˜party supporterâ€™ and vote for the leader for free? What next? Involving party supporters in thSende selections of MPs and councillors? Yet who are the people who will be asked to sign up party supporters? None other than the paying party members who trudge the streets to knock on doors in all weathers. Donâ€™t expect them to bust a gut.

There are plenty of other freedoms and benefits to keep the core constituency party activists happy. The real impact could be felt among the wider less active membership in the months after conference. Potentially large numbers of members could reduce their outgoings overnight and still demonstrate their support for Labour by shifting to be a party supporter. It would not surprise me in the slightest to see a dip in overall membership levels as a result of this initiative. Quite conceivably the biggest early source of these â€˜new supportersâ€™ could be to be former party members! This is a genuine experiment and how this works out will be of interest to some in other parties. I personally think it is risky and flawed.

The key political moment is of course Edâ€™s speech. Heâ€™s really got to nail this. Itâ€™s not just what he says but how he delivers it. What the party wants to know deep down is whether Ed Miliband looks a winner?

We need to get a real sense he has a plan to get the party to Downing Street at the first opportunity. The constitutional changes and the associated rhetoric will attract plenty of headlines, but it is how Ed performs that will be the discussion in the bars. It is this that could set the backdrop for the coming 8 months.

Can I thank everyone who voted for me to be one of the Total Politics top 100 Labour bloggers (55) and for any Political Betting posters or lurkers who may have nominated or voted for me. A nice surprise.