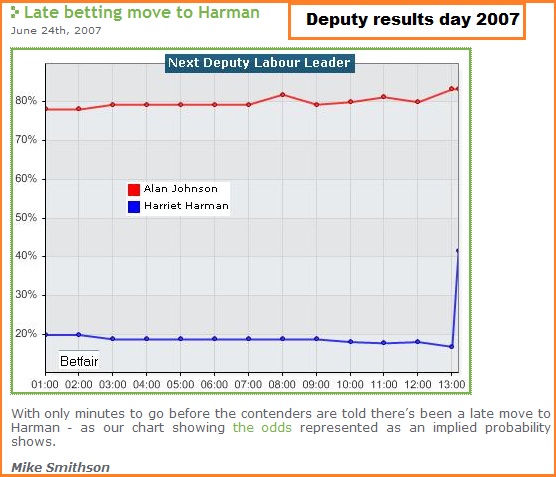 What caused the last minute rush to Harriet?

With punters and pundits looking forward to Saturday’s big announcement on the next Labour leader I thought I’d look back and see what happened the last time this election process was used.

Above is a piece published on June 24th 2007 here 75 minutes before the official deputy result was announced. As can be seen Alan Johnson was a rock solid odds-on favourite with the others nowhere. Then, as we got closer to the official announcement at 2.30pm, we saw this late move to Harriet. She, of course, ended up with the prize.

Did somebody know? Will there be movements like this on Saturday?