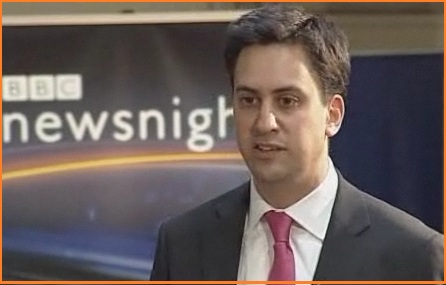 Are his political views most in tune with the movement?

Until now I’ve been saying that I thought it was a 50-50 chance between the Miliband brothers and that that an EdM bet was the better value because his price was longer.

Now I’m changing my view – I believe that Ed Miliband has a better chance of winning.

There are two main reasons – firstly the progress his campaign seems to have made in the MP/MEP third of the electoral college. Here it only took a very few changes of mind or alteration of the positioning of the Milibands on the AV list for there to be a big impact.

Last night SkyNews was reporting that a former minister was saying that the EdM deficit here was down to just 14 votes. Whether that was on first preferences or after the lower preferences had kicked in we do not know but there’s a sense that progress has been by the younger brother.

A number of MPs originally declared publicly for DaveM mainly because he was seen as the front runner and his victory a forgone conclusion. That changed with the YouGov poll of members and trade unionists twelve days ago and this, I’m told, helped the EdM campaign in the closing stages particularly in securing pledges of lower preference support from those not making a Miliband their first choice.

Secondly I’ve been looking further at the YouGov poll and have been in conversation with the pollster about the findings.

What I hadn’t appreciated was that a significant number of those who took part in the latest survey were also participants in the July polls and it is possible from the data to track changes.

A big group of switchers amongst trade unionists appeared to be those who in July said they were voting for DavidM even though 29% of them felt that EdM most shared their political views. That proportion fell this month to just 10% and there’s was a corresponding increase in the voting intention figures for EdM.

There’s a similar but smaller pattern in the members section and my guess is that in both sections those still “voting DM but most like EdM’s politics” were the least motivated of voters.

So overall DM appears to have been squeezed in his main area of strength, MPs/MEPs, and lost quite a lot of support amongst members and in the TU section from those who rated EdM’s political views over his.