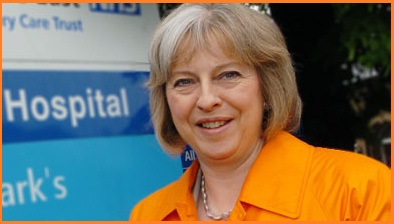 Home Secretary, Theresa May, has tried to turn the spotlight and put the blame on Labour following the chief inspector of constabulary’s criticism of the police “retreating from the streets” and the data that suggests that one such incident was reported every 10 seconds.

I just wonder whether bringing a new element into the “Labour blame game” might be devaluing its effectiveness. My sense is that the government needs to be doing more than simply blaming the “last lot” particularly as much of the period covered included the Tory years.

The polls suggest that blaming Labour over the economy continues to resonate but is it asking too much to transfer this to other areas? I think so.

We elect politicians to sort out the problems not to whinge about the previous government.