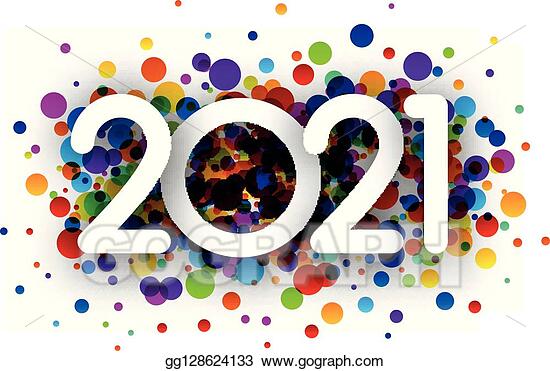 So that was Brexit. The defining political issue in the UK of the last half-decade is now done. Not that the story entirely ends there. Brexit was just one more chapter in the long story of Britain’s relationship with the continent, and as that geographic fact remains, so must the further development of that story. But not with the same intensity for the time being. 2021 will be the first year in several where domestic politics will not be dominated and defined by Europe.

Instead, of course, it will be dominated by Covid; first in the epidemic and then in the economic legacy. There may also be a third part, which I’ll come back to.

That epidemic, boosted by the new strain, is already creating very heavy winter pressure on the NHS. This will increase to a level it’s probably not seen before. The number of usable beds (or of staff to support them) will be debated heavily as blame is traded and the case for mitigation made.

By Spring, however, the vaccination programme should have got on top of the crisis (case numbers may remain highish but with most members of the more vulnerable groups vaccinated, hospitalisations and deaths should be markedly down), and the restrictions will be easing. What will follow politically will be another battle between the Treasury and deficit hawks on the one hand, and No 10 and fellow populists on the other.

Compromise might well be reached on winding down the emergency support but the Covid crisis is likely to leave a gaping structural hole in the nation’s finances; simply ending the additional spending won’t be enough to fix that – though the divide between Boris and Sunak is more likely to be a story for 2022.

That structural problem will probably continue be dismissed for now by economic optimists pointing to record low interest rates as if that state of affairs is a law of nature – which it’s most certainly not. However, if the economy does recover strongly (nominally – we can expect activity at the end of 2021 to still be below that of two years earlier), inflation may well rear its head again. I don’t see how you can run a deficit of £400bn in a year and not trigger rising prices, once people start going out and spending again. And as inflation rises, so will market interest rates. The UK will not be alone with this problem.

The May elections – which is effectively a joint 2020/21 round – will produce one winner, the SNP, with no major gains or losses elsewhere. The Tories will lose seats, councils and mayoralties but mainly because 2017 was an exceptionally good year for them; in absolute terms, they won’t do that badly, as Brexit doesn’t pan out as chaotically as many of the more vocal Remainers predicted, and the Covid crisis subsides (and before the furlough and related support is entirely turned off). There will, however, be quite a lot of churn, as the English council rounds catch up with the changing patterns of support by class and Brexit opinion.

Scotland, which has been debating Independence even longer than the UK has been going at Brexit, will get another pro-Indy parliament but the SNP will fall short of an overall majority, partly because of SNP-Green vote splitting but also because Brexit of itself throws a whole new set of difficult questions into the mix, which the SNP hasn’t really yet grappled effectively yet.

Abroad, first up will be the US, where the dog days of Trump’s presidency include both the Georgia run-off elections and the Electoral College Vote count in Congress. I think the Democrats will take both seats in Georgia, though by very slim margins, as the differential in postal vote registration makes itself felt; postal voters registering a higher turnout than those voting in-person.

The Electoral College count will produce an appropriately tetchy conclusion to Trump’s presidency, where ineffective gesture and unsubstantiated assertion produce division, delay, heat and noise but have no real impact on the outcome. Thereafter, Trump may not be seen performing public duties.

Biden’s presidency has been as fortunate as Trump’s was unlucky in regard to Covid. The vaccines becoming available just as he takes office should produce a feel-good effect, boosted by him not actually turning out to be a mouthpiece for the far left or a senile old fool. His summer ratings, however, will be the peak. Thereafter, his shortcomings as a national leader will become increasingly apparent, most notably a lack of vision; he’s likely to be the most passive US president (in an administrative sense) for decades. That will result in him looking like he’s at the mercy of events. Even so, his best friend will remain the Republican Party, which even without Trump at the head will remain in hock to the populist right.

The biggest international election this year should be in Germany in the autumn. Whereas in most countries, leaders frequently struggle to remain in office, Merkel is struggling there to retire; she has already outlasted one successor as party leader and retains extraordinary popularity. That is a problem for the CDU, whose best option in theory would be for her to keep going. In reality, that’s highly unlikely. Her party will pick another leader later this month and either he or, unusually but quite possibly, the CSU’s leader Marcus Söder, will be the Union’s candidate for Chancellor in the autumn. But if Söder or Merz is the candidate, the election could easily prove inconclusive as the Union struggles to find a workable coalition.

Elsewhere, expect more assertive behaviour (independently) from both China and Russia, as they test the new Biden administration, as well as continue on demonstrating ever-more controlling tendencies internally.

And that third stage of the Covid story this year? Well, like the baddies in any decent film, their end is often not quite the end. Don’t be surprised if there’s another wave this autumn. Complacency over the summer about the effectiveness of the vaccination programme, mixed with the virus’s continued circulation here but also abroad, and probable new strains (which with Darwinian efficiency will tend to make the more contagious ones also the more prevalent), could produce an unhappy recurrence. But equally, as in the films, it will be beaten.

And on that optimistic note, a Happy and hopeful 2021 to you.