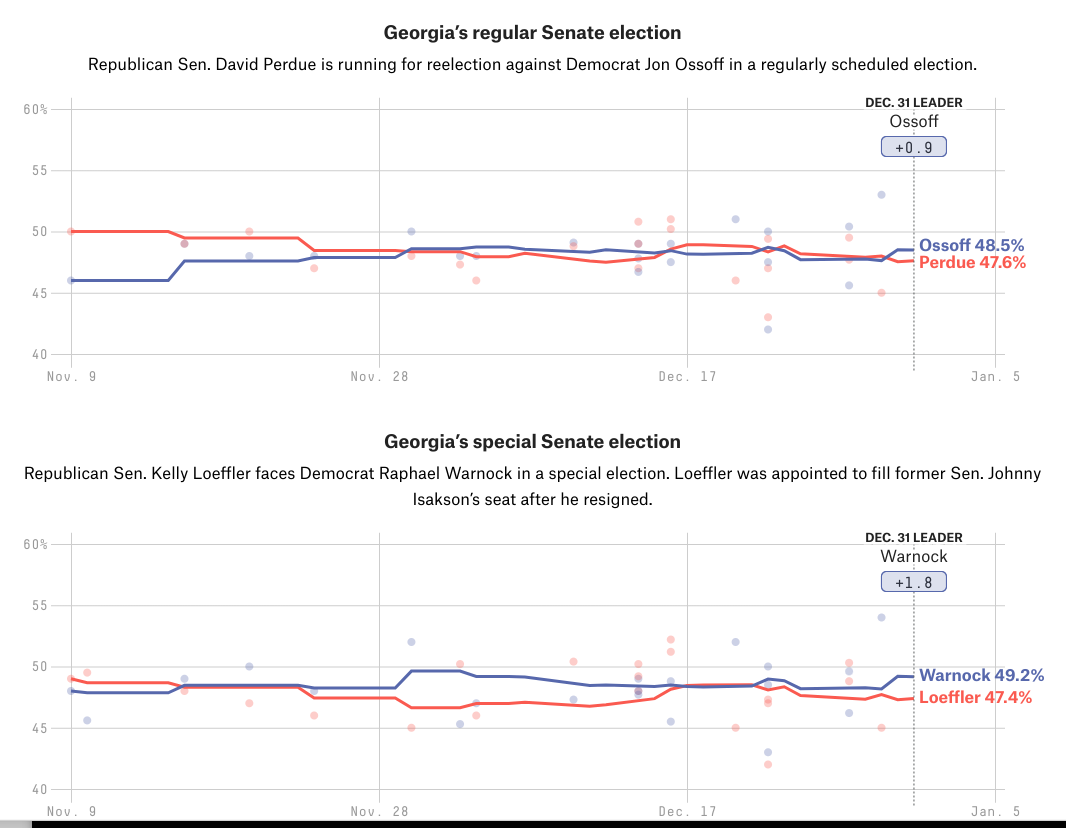 With just three days to go before the crucial elections in Georgia the latest polls indicate a move to the Democratic contenders, Ossoff and Warnock, who now have slight leads in the Nate Silver polling averages. The margins are still very tight indeed and clearly everything depends on turnout.

We do know that more than 3.3 million people have already passed the ballots split about two to one to voting in person over by mail. The early vote turnout is about 15% lower than at this stage before the November 3rd elections though clearly the Christmas break has had an impact on that.

In the betting punters make the Republicans 53% to beat of Ossoff but are 46% against Warnock.

With margins as close as this it is hard to come to firm conclusions though it is fair to observe that in the presidential election in November the polling in Georgia was very much in the right territory.

To win control of the Senate the Democrats and need to take both of these seats.