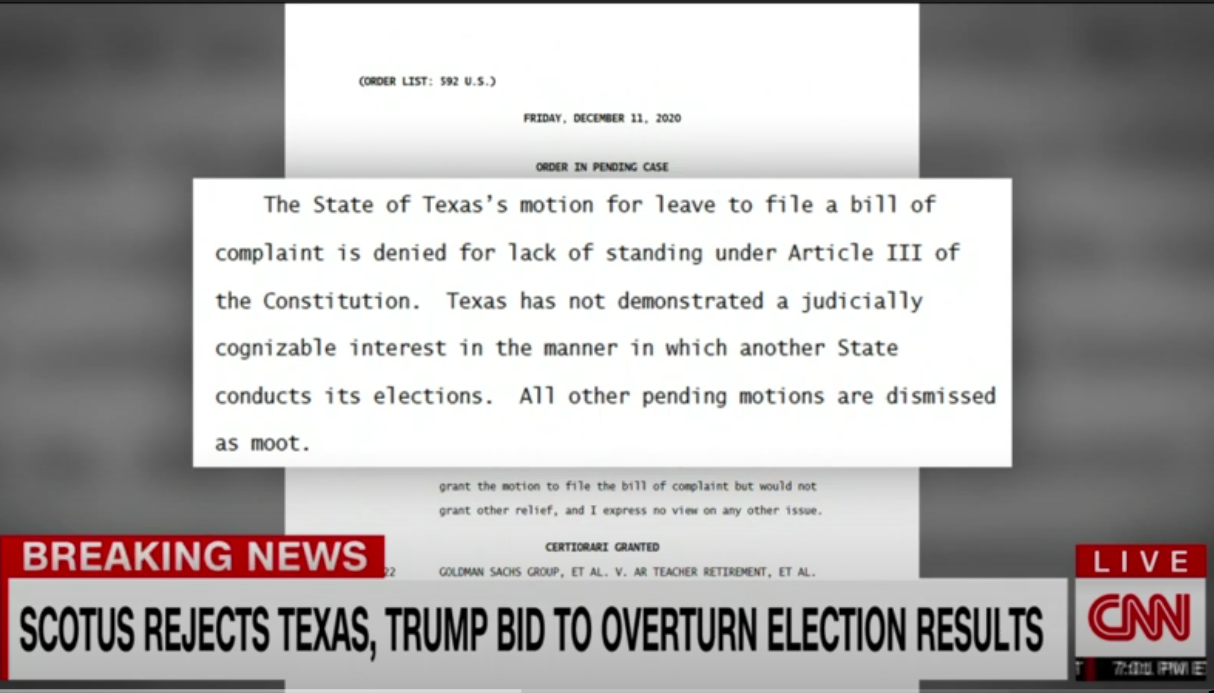 Overnight (UK time) the Supreme Court in Washington rejected the bid by the State of Texas to overturn President-elect Biden’s election win in what must be seen as a devastating blow to the long-shot legal efforts by Trump and his supporters to stave off his electoral defeat.

This comes ahead of the meeting of the Electoral College on Monday where Biden’s victory will be confirmed and hopefully be a trigger for Betfair to settle its £1.6bn market on the election.

The Texas move had been backed by 126 House Republicans who had sought to declare void Biden’s wins in Wisconsin, Michigan, Georgia and Pennsylvania — some of the key battleground states he won while amassing 306 electoral votes.

This is the latest in a whole string of legal defeats for the incumbent who claims that Biden only won because of electoral fraud – something that might have resonated more if evidence has been provided.

The court’s verdict was short:

“Texas has not demonstrated a judicially cognizable interest in the manner in which another State conducts its elections,” the ruling states. “All other pending motions are dismissed as moot.”

There are those who argue that the main reason Trump has kept up his efforts is because it help him fund-raise. Those on his database receive hundreds of appeals a week linked directly to the court action. The small print, however, shows that only 25% of gifts goes to the legal campaign.

On Betfair Biden has tightened to a 97% chance.