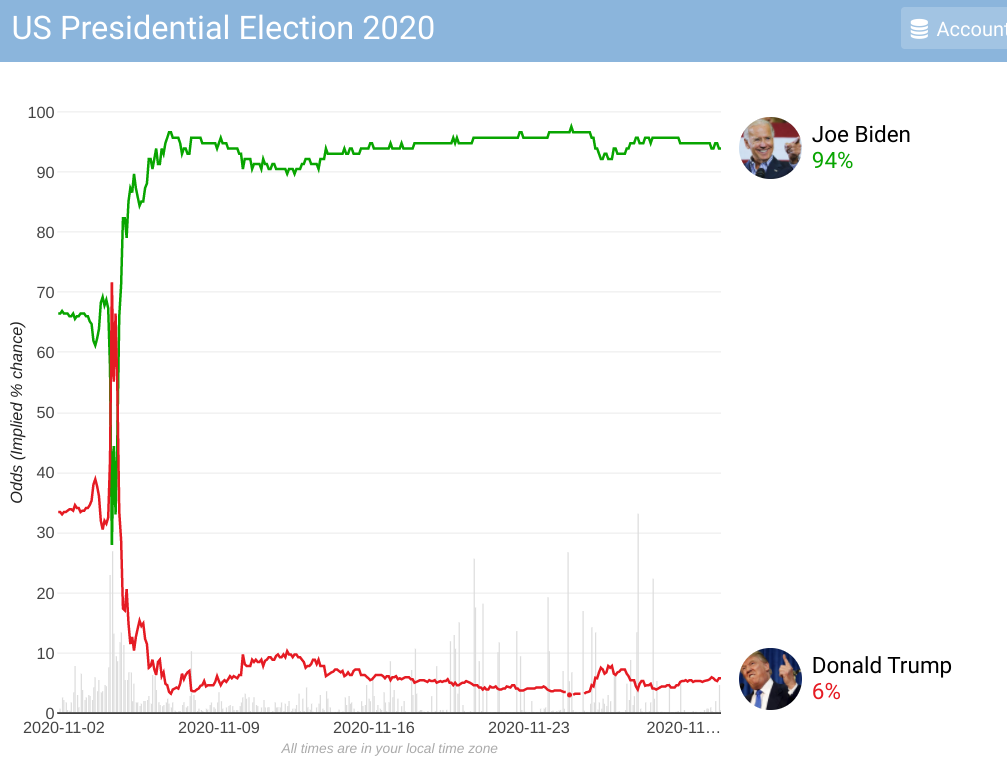 As I write at 1635 GMT on December 1st, almost a month after the election, Betfair continues to keep its WH2020 market open which has now seen an incredible £1,173,990,726 of matched bets – a sum that has almost doubled since other bookies and betting exchanges settled their markets the weekend after the election.

Trump and his shameless lackeys continue to mount an assault on the outcome and democracy itself while judge after judge in the US, including many who were appointed by Trump himself, continue to rule that there was no voter fraud.

I had assumed that Betfair would have called it as day after enough of the key swing states taken by Biden had officially certified their results. That’s not happened and betting remains open.

Surely the firm is not going to go on until December 14th when the Electoral College actually meets and officially declares that Biden-Harris won?

What is intriguing is the mindset of the punters who are ready to continue to go on betting on Trump in spite of all the evidence. The market let us remind ourselves according to Betfair’s rules is not about on who becomes President on January 20th but who was the projected winner after the election.

I don’t hold out much hope that the firm will come to its senses but political punters will remember.