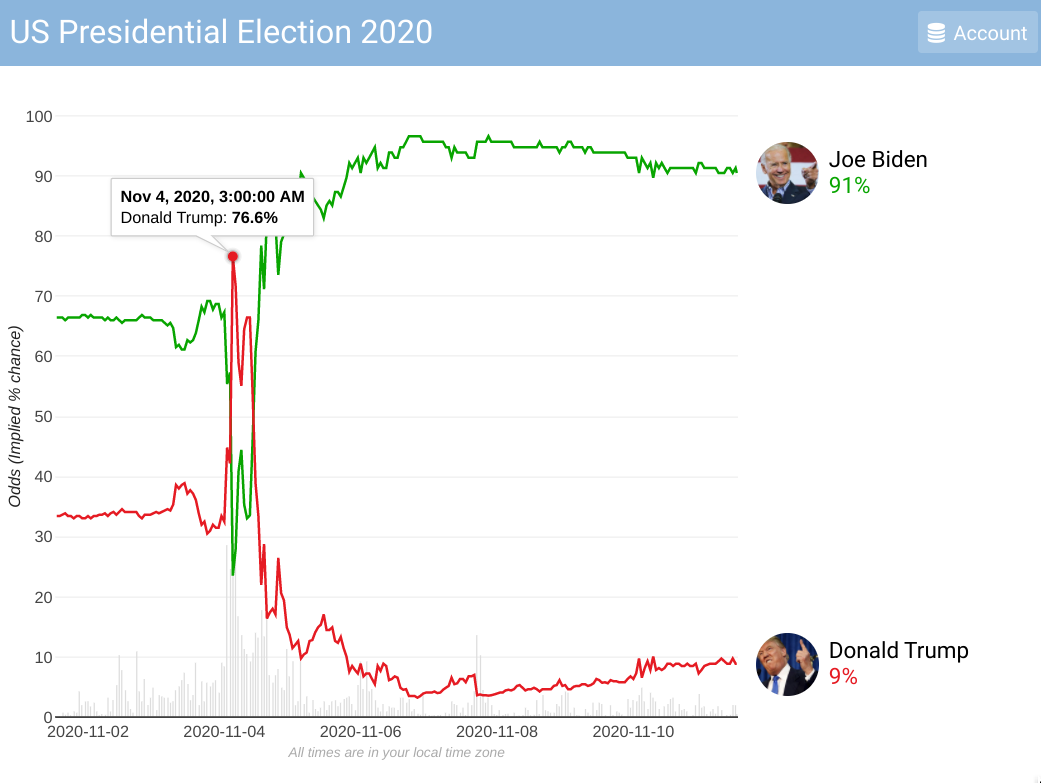 Above is the latest betting chart from Betdata.io of the £600m Betfair next president market.

With sore looser Trump continuing to refuse to accept that he was defeated and now blocking the formal transition process punters on Betfair are increasingly rating him as the winner up from a 4% chance at the weekend to a 9% chance now.

Quite how long this will continue is hard to say but could we really see on January 20th, the day of the Inauguration, for Trump to be holding out? Could he have to be forced out of the White House?

However you look at his claims of electoral fraud he and his team have struggled to find any evidence that survives scrutiny and this is heading for a possibly full blown crisis.

One factor that is making it hard is that with the exception of Arizona Biden’s position in the key states continues to get better as all the ballots are processed. Now his vote lead of 5m+ is greater than the lead of 4,982,296 enjoyed by Obama in 2012.

The big crunch comes on December 14th when the Electoral College meets to formalise the outcome. Unless Trump is planning what would amount to a coup it will be hard to continue with his stance beyond that date. All he is doing is ensuring a place in history as an obstinate old fool.