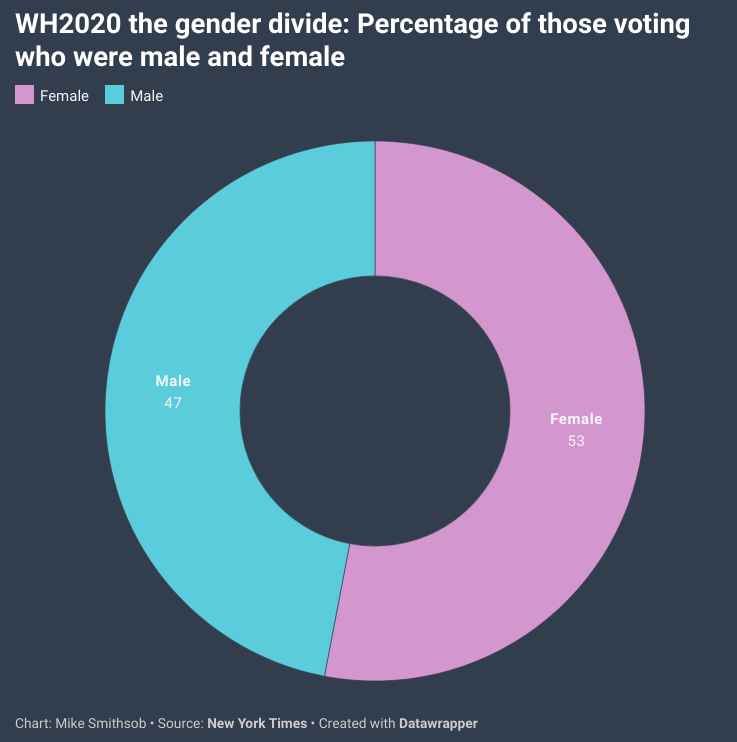 Lots of analysis at the moment about the US election following the victory of Joe Biden and defeat of Donald Trump.

One of the features of US elections which has been critical this year is that there is a much higher level of participation in US elections by women over men. There are more women than men in the US, they are more likely to be registered and have a greater propensity to actually vote. Thus of those who took part last week about 47% were men and 53% were women.

That would not matter so much if their voting pattern was similar but in this election it wasn’t. Amongst men Trump had a lead, albeit a small one, while women voters went for Biden with a double digit lead. The result is that Trump lost.

Trump’s 1950s view of gender roles was highlighted a fair bit in the final period which didn’t help.

It was women wot won it for Joe.