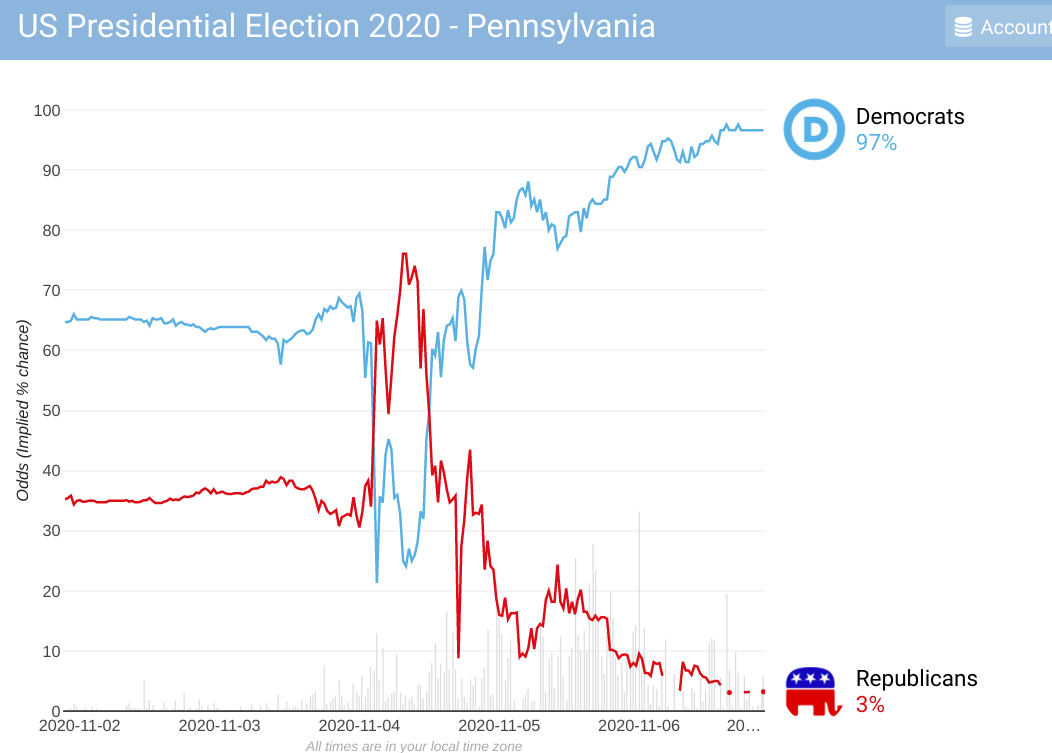 It is perhaps worth restating that the reason why the Pennsylvania count is going on for so long is that there was a deliberate decision of the Republican controlled state authority to operate it that way. With so many voters choosing to cast their ballots by post the majority of states arranged postal ballots be processed as they came in in the weeks before the election.

Not so in Pennsylvania where the state decided that nothing should be done with these votes until election day. The result is that we have this prolonged delay and Joe Biden will have to wait a few days before he can claim victory.

In previous elections the state would have been declared for Biden by the media by now based on what’s left to count and what we know of that segment. This time there’s much more caution.

In addition to the ballots being processed there is another pile of votes which have been set aside for now. These are postal votes with postmarks before November 3rd which the courts have insisted be put to one side. That’s something that would be hard to continue with if these votes were going to be decisive.

Betfair has it has a 97% chance that Biden will win this crucial state.