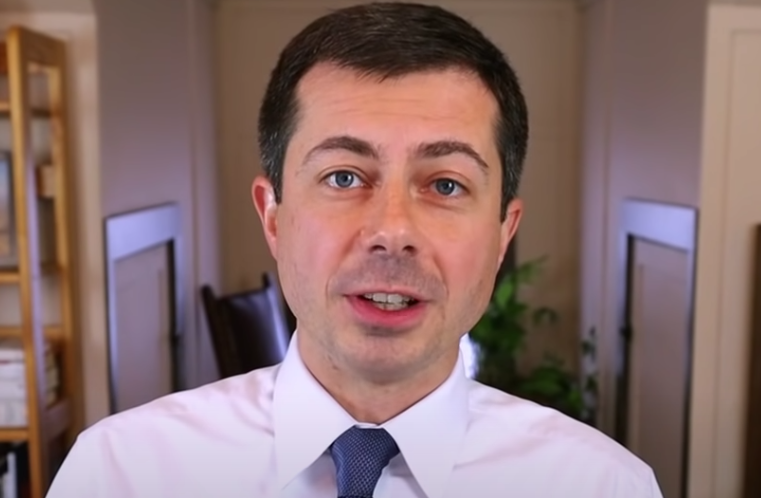 2020 is all over bar the shouting, though there’ll be plenty of that yet. The next two and a half months may not be pretty but their essential course is set: Joe Biden will become president of the United States on 20 January next year. He may not quite be assured of victory in any of the outstanding states but he’s favourite – very strong favourite in some – to take Arizona, Nevada, Georgia and Pennsylvania. That final state would be enough to see him over the line by itself, as would any two of the other three. That seems all but certain.

Even by usual standards, 2024 looks a difficult election to predict four years out. The new president’s in-tray is formidably challenging: Covid is not only unresolved but the US is setting new daily records for cases, and numbers are accelerating. The US government’s finances were in a shocking state even before Covid and are far worse now. The country is deeply divided on values and healing it against those two interrelated policy challenges will be exceptionally hard. And his Democrat political allies only control one House of Congress. Internationally, both Russia and China are aggressively seeking to expand their influence and physically asserting themselves.

Joe Biden may stand again but if he does, not only will he be doing so against the backdrop of all of the above (plus whatever other black swans Events might throw his way), but his advancing age. As has been frequently noted through this election, Biden will be the oldest ever US president on his first day in office. An alternative international comparison might be that across the G7 countries since 1945, there have only been two octogenarian leaders: Konrad Adenauer and Winston Churchill. Biden will join them by mid-term and pass Churchill into second shortly after. If he does stand again, and win, he would be 86 by the end of his second term.

All of which is presumably why Ladbrokes make him 4/1 to retain office at the next election. It’s a long time since any one-term US president declined to seek re-election – you have to go back into the 19th century (the precise instance is definitional) – but it has to be a realistic possibility. Alternatively, Kamela Harris may have already become the 47th president (assuming Trump serves out his current term). That she is the same 4/1 price speaks volumes.

However, if Biden does stand down, I’m not convinced that Harris is that strong a favourite for the nomination. When she ran for this year’s nomination, she performed so badly she didn’t even make it to Iowa. No doubt the Vice Presidency will give her the gravitas of office and she performed adequately in the debate against Mike Pence, but a 20% chance that she is either already president and wins re-election, or Biden declines to run, Harris wins the nomination, and then the general election? That’s too high to my thinking.

Top of the other side of the ballot is none other than Donald Trump himself, at 10/1. I’m unconvinced by that either. He has a difficulty with potential court cases (and the president can only grant pardons for federal offences – or potential offenses – not state-level ones), but even if he can see those off, he has several practical problems with a second run. He might be able to retain his position as the voice of the populist right, holding rallies, frequent TV appearances (indeed, Trump TV?) and so on but even if he can, he’d be term-limited to four years and would be taking office at 78. He certainly wouldn’t get the free run he had this time.

Two other members of the Trump family appear in the top ten odds: Ivanka (25/1), and Donald Jr (33/1). These are the wrong way round. Ivanka was pushed by Trump early on in his presidency and was clearly way out of her depth. Junior, by contrast, has the shameless truth-free brand-building narrative-spinning off almost as well as his father. He is the member of the Trump dynasty to back for next time (in a betting sense).

But of course there are other Republicans. Donald Trump may have brought the Party within his personal orbit for practical purposes when he was president but it’s a different matter dominating it after a loss. Mike Pence and Nikki Haley are both 12/1, with the latter being the better bet if the Republicans are in a more conventional frame of mind while still attempting to appeal to the Trump base.

Thereafter, the list of odds begins to throw in all sorts of oddball options: Dwayne Johnson at 25/1? No thankyou (you’re welcome). Michelle Obama at 33/1? No. Kanye West or Meghan Markle at 50/1? Don’t. Be. Silly. Hillary Clinton at 100/1? Some will take it but then again, some never learn.

But out among the has-beens, won’t-bes and celebs, there are some genuine possibilities (as there should be: several presidents would have been very much outsiders four years before they took office). And the one that stands out to me is Pete Buttigieg.

By rights, Buttigieg was playing well above his league this year. Mayors from a mid-sized towns do not run for the presidency – or, if they have the temerity to do so, fail quickly; he didn’t, finishing strong seconds in both Iowa and New Hampshire and leading the delegate count after those two states. By contrast, three governors, three senators (including Kamala Harris) and a host of other candidates didn’t even make the starting line. Despite his thin CV, he showed he could mix it with the big boys and girls.

And since dropping out, his media appearances, particularly on potentially hostile networks like Fox, have been assured and effective. He clearly has the ability to take on higher office. The key question here is whether he’ll be offered a place in Biden’s administration (not least because if he is eyeing a 2024 bid, he has no other obvious launchpad being without office now)? Obviously, we can’t know that at the moment but it must be a reasonable chance.

Some will raise the question of his sexuality. Is America ready for a gay president? In many cases, no. But evangelical votes break very heavily for the Republicans anyway and while Iowa and New Hampshire were primaries or caucuses, Buttigieg proved his sexuality wasn’t a bar to success. Besides, with Trump reported to have won more than a quarter of the LGBT vote this time, the Democrats have ground to make up there themselves.

Clearly, we’re piling a lot of ‘ifs’ upon each other here but then odds of 50/1 allow us to do that and potentially still receive value. Yes, his route to the White House in 2024 has many obstacles in the way, some of which he’d be relying on others to move for him, but on the other hand, he has a crucial proven track record in the early states and is a highly capable media performer (as well as a good track record in his political career more generally). He should not be ranked alongside the likes of Kanye or Meghan – and while they’re woefully under-priced, the man who might be Secretary Pete is not.