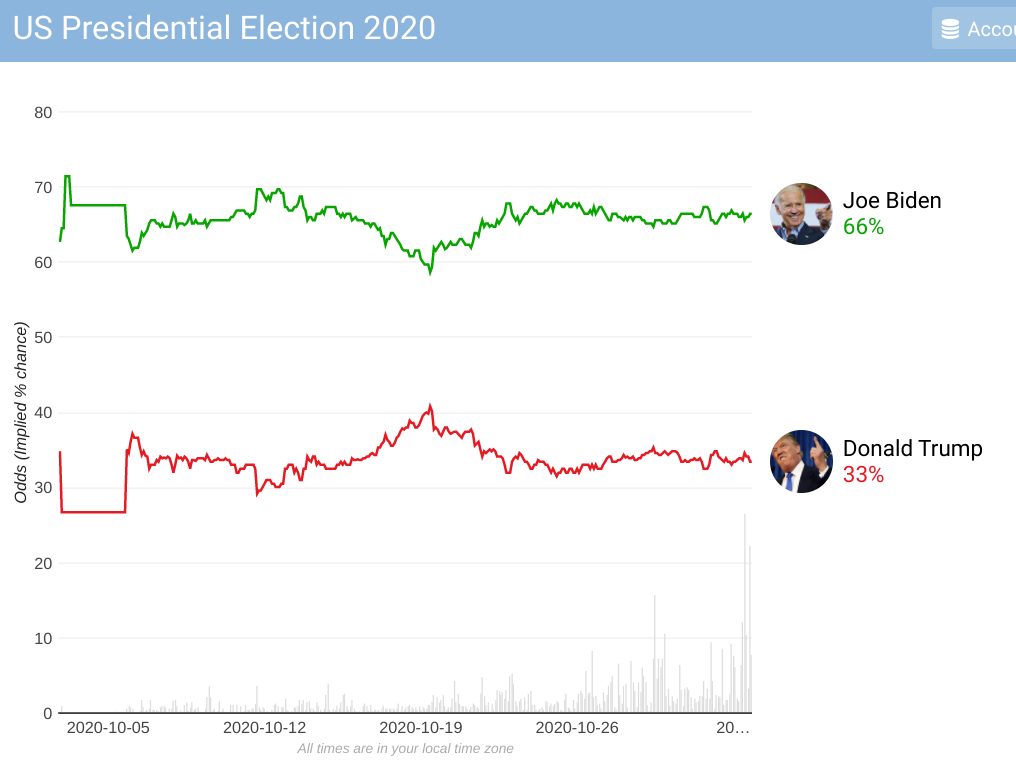 We have seen enough of this Betdata.io chart over the past months and the striking thing is how consistent the betting support has been for Donald Trump. Even though he’s been falling short by quite a margin in the polls punters in the UK seem much more ready to think he will actually hold on than other forecasters.

My guess is that we will not see much change here until the first results start coming in overnight tomorrow and we get indications as to whether Trump is going to hang on or at least has a 33% chance of doing so.

It really is very hard to predict how this is going to to shape out but those supporting Trump in the betting here are clearly of the view that we are in line to see a polling error of a greater magnitude than was experienced in 2016.

Back then, of course, national polls didn’t do too badly with Hillary Clinton’s national vote share lead but it was the state polls that were more questionable. This time there have been many many more surveys and with each state that could flip there have been a range of different polls – almost something to suit every viewpoint.

The thing that this election has highlighted to me it’s just have fortunate in the UK we are to have the British Polling Council a body that sets out good rules for the industry although these are not compulsory. Basically in the UK if a poster is not a member of the BPC then we feel more comfortable in rejecting it’s findings.

A big part of BPC membership is that there is a standard basis of data that a pollster has to made available within a fixed time period after a poll is published. Many US pollsters to not even produce gender splits – something that I believe is key to everything. Women don’t like the incumbent.