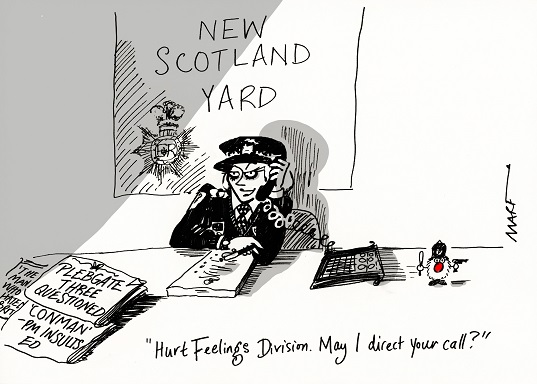 Marf’s cartoon deals with two of the major stories of the day, the fall out from Plebgate, and PMQs which was dominated with energy prices. Who would have thought when Andrew Mitchell resigned, there would be such a Sting, in the tail from the Fall Out, of his resignation.