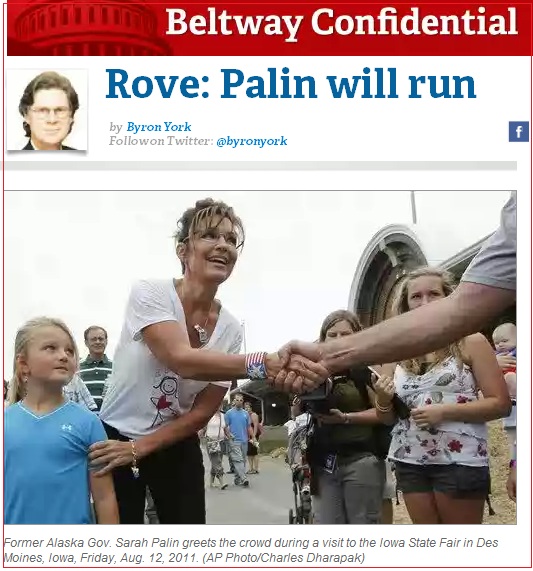 Should we believe Karl Rove?

With time running out before White House hopefuls should be declaring their candidatures the leading strategist from the Bush days, Karl Rove, says he thinks Sarah Palin will enter the race within the next fortnight.

In a Fox news interview Rove said Palin “has a schedule next week that looks like that of a candidate, not a celebrity.” She’s a keynote speaker at a big Tea Party event in Iowa on Labor day and Rove says “This is her last chance. She either gets in or gets out [after the Iowa visit]. I think she gets in.”

It could be that this is just politicking by Rove who is no friend of Perry’s and has been very critical of some of the Texas governor’s campaign rhetoric.

For if Palin runs she’ll clearly eat in Michelle Bachmann’s support and also will be a threat to Perry who is appealing to the same segment of the GOP’s base.

This is all very fluid and my best betting suggestion is to lay (bet against) Rick Perry on Betfair in the nomination market.