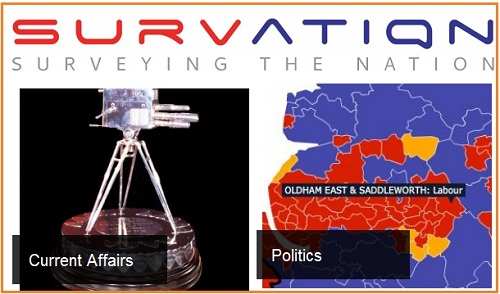 Will the automated phone survey change the betting?

I’ve just had word that the automated phone pollster, Survation, is carrying out a survey in Oldham East & Saddleworth ahead of the by-election.

The firm carries out surveys, like a number of US pollsters, by automated phone calls. Respondees answer by keying in their answers on the key-pad of their phones. ComRes used something similar for its post-debate general election polling when it was trying to produce an almost instant response.

Rasmussen used a similar approach for the Indy ahead of the 2001 election and came out with a pretty good result.

Survation tell me that as well as the standard VI question there are questions on past vote at the general election, how certain those questioned are about turning out and whether they have applied for postal votes. The latter could be very significant because both the reds and yellows have been working like crazy for weeks building up their postal vote bases.

Those interviewed are being prompted by both party and the candidate name – which seems sensible in a by-election where so much emphasis is placed on the candidates themselves.

Survation is not a member of the British Polling Council and I had heard little of it until now. According to its website it carried out polling during the Labour leadership race and I am told it also did a general election exit poll.

I don’t know where or when the Old & Sad poll will be published but it’s findings could play a key part in establishing whether the blues or yellows are best placed to challenge Labour. At the general election it was LAB 31.9%: LD 31.6%: CON 26.4%.

UPDATE: Survation tell me that they are applying to join the British Polling Council.