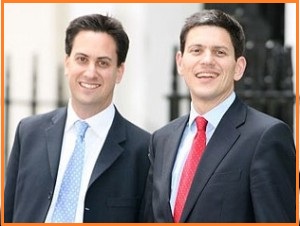 What will the new leader do to the polls?

Last night on the thread the former Labour MP, Nick Palmer, was offering a wager that his party would be ahead in the polls by the end of the month. I don’t know whether there were any takers but his reasoning was faultless.

The result of the leadership election will be announced a week on Saturday – on the first day of the party’s conference. All eyes will then be on the leader’s big speech due to take place four days later. That will get blanket coverage with pictures of the winning Miliband being everywhere.

The general pattern anyway is that parties get conference boosts and this will be enhanced by interest in the Labour new man and possible next prime minister.

In a way the contest has had a zest of life put into it by the YouGov leadership poll. What looked like a forgone conclusion (and therefore boring in media terms) is now on a knife edge and whatever the outcome it will be a surprise.

On top of that the latest polling is encouraging for the red team. Populus has produced only its second poll for the Times since the election and has figures of CON 39%(nc): LAB 37%(+4): LD 14% (-4). The last time we heard from the firm was just after the budget. YouGovâ€™s latest daily poll has the gap getting closer with CON 41%: LAB 38%: LD 12%.

The big question is whether this will be sustained through the party conference season to after George Osborne’s big cuts announcement on October 20th.