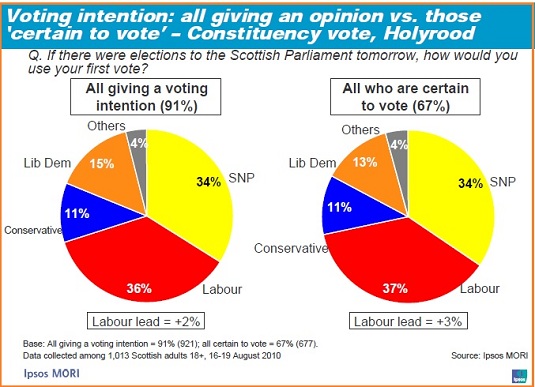 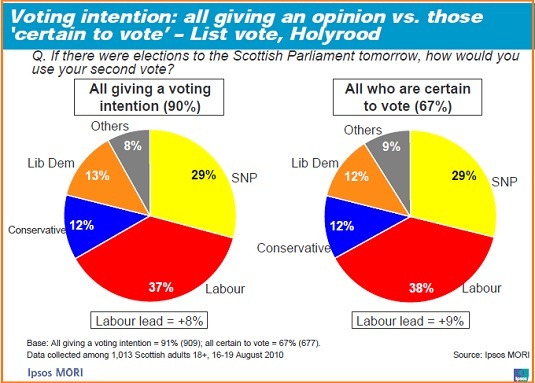 But does MORI give a bit of a relief to the yellows?

In the build up to what one commentator is now calling “Super Thursday” – the elections on May 5th 2011 – we are going to see a fair bit of polling. For on that that day there’ll be elections to the Welsh Assembly, the Scottish Parliament, local councils in many parts of England as well as the planned referendum on the alternative vote.

Ipsos-MORI has just published the above charts from its latest Scottish poll which is, of course, held under a form of PR. These are how the two parts of the Scottish election finished up in May 2007.

As can be seen the big gainer is the red team while the SNP are polling reasonably well with the Tories taking the biggest hit compared to the last elections.

Given everything that’s happened since C-Day on May 11th Nick Clegg’s party won’t feel too uncomfortable with the numbers.

For although they are down a bit in the constituency section they are polling better than the 2007 outcome in the list section. Interestingly it was the same pattern for the party in the most recent polling on the Welsh Assembly election.

Super Thursday will be the first national electoral test for the coalition and the outcome of the range of elections might just impact on its continuation.