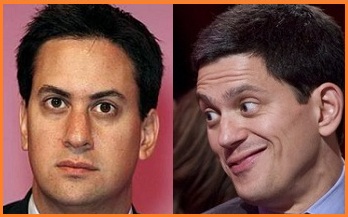 Why I’m reducing my exposure on Ed

There have been a few bits of news this week that have caused me to reconsider my betting position on Ed Miliband.

Firstly there’s the campaign itself and the relentless and successful way that DaveM is pursuing the “front runner” strategy. He’s got more MPs and local parties and he also showed flair with the visit to Gillian Duffy which ended with him getting her backing.

Secondly there was the argument by James Forsyth in the Speccie Coffee House blog that David, rather than Ed, posed a greater long term threat to the coalition.

“.. The two Miliband brothersâ€”who are also the two serious contendersâ€”pose very different threats to the Coalitionâ€™s vulnerable party, the Lib Dems. Ed Miliband would probably be more effective at attacking them in the short term. His allies say that he would try and shame their left-wing supporters into abandoning them.

But in the medium to long term, I suspect David would be the greater threat. As a less tribal politician, he would be more able to speak in terms that would resonate with disaffected Liberal Democrats…”

Thirdly there’s an insightful piece by the ever excellent Philip Stephens in the Financial Times in which he concludes “..a centre-left opposition serious about winning office needs a leader to take it out of its comfort zone â€“ to admit the books must be balanced and, dare one say it, to imagine how its values can be advanced through a smarter rather than bigger state. For all his present caution, Mr Miliband senior is the only candidate who comes close…”

Whether DM being the only realistic choice for the party will actually come about I don’t know. There’s a lot that could go wrong – but from a pure betting perspective I’ve reduced my exposure on EdM and am comfortably in the green on both brothers.