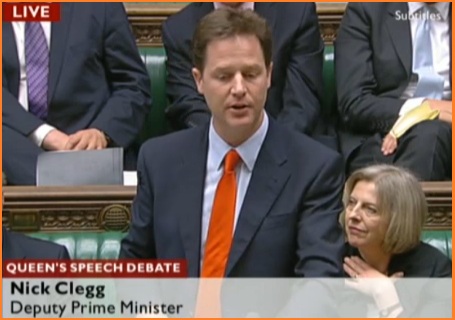 The appointment of Nick Clegg as Deputy PM means that the curtain has finally closed on a betting matter that has seen quite a lot of political punters losing a fair bit of money.

It is also a timely reminder to look at the close detail of any bets you are entering into.

For in the months after the 2005 election William Hill opened a market on who would be the next deputy prime minister. At the time John Prescott held the job as well as being deputy Labour leader – roles that seemed almost synonymous.

Later the market was changed to the deputy leader but those early punters who bet on the eventual deputy leader winner, Harriet Harman, were not paid because she did not become Deputy Prime Minister.

In December 2007 I wrote here: “…What would happen if no Deputy PM is appointed before the general election, the Tories win and Prime Minister Cameron appoints, say, David Davis to the role or in a coalition government with the Lib Dems makes Nick Clegg the deputy? This would mean that the winner of the betting market would never have been listed amongst the runners…”

Well the latter is, indeed, what has happened and the bookmaker has not had to pay out a single penny.