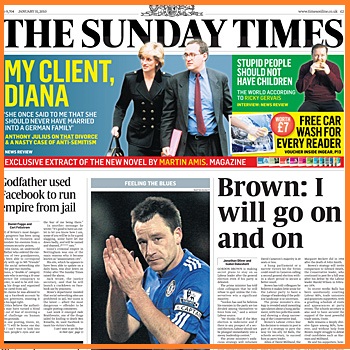 Will he really stay on if Labour loses?

The big story in the Sunday Times has serious implications for several betting markets if its turns out to be correct.

The report opens: “Gordon Brown is making secret plans to stay on as Labour leader after the general election even if his party is defeated. The prime minister has told close colleagues that he will refuse to quit unless the Conservatives win a significant majority.

â€œGordon has said he believes his enemies in the party are too divided among themselves to force him out,â€ said a senior Labour source. â€œHe thinks that if the May election is indecisive and if there is any prospect of a second election, Labour should not be plunged immediately into a messy leadership contest.â€

The goes completely against the received wisdom that after Labour’s likely fall from power then Brown would slip quietly out of the scene and the summer would be dominated with a contest to find his successor.

Many of the thousands of bets that have been placed on the Labour leadership have been made because punters believe that this will all come to a head in the period after the election.

Not so – if this latest report is to be believed.

If Brown wants to do this then the chances are that he’ll be able to see off any challenges – just in the way he has seen off plot after plot over the past year.

One market on this is the Brown exit date market on Betfair. I win Â£500 for a Â£67 outlay if he is still Labour leader on January first next year.