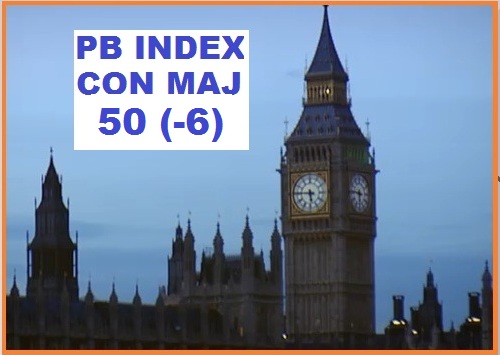 But the money is still well ahead of the seat projections

As suggested here on Saturday morning the tightening of the Tory polling position over Labour has had an impact on the spread betting markets – where punters “trade” in the number of seats the parties will get at the election.

In the immediate aftermath of the Telegraph YouGov poll showing the lead down to just seven points there was a five seat drop on the spreads – which is equivalent to a 10 seat drop in the overall majority. That moved back a bit following the People’s YouGov poll but still the Tory position as we enter a new week is quite a bit down.

Even at these reduced levels punters are taking a much more bullish view of Tory chances than three of the last four opinion polls and there seem to be very few gamblers about ready to risk their cash on Labour.

A problem that pollsters still have is the form book. Only one of the 31 pre-election surveys since 1987 has over-stated Labour.

The PB Index is calculated by taking the average mid-points on the spread markets and extrapolating that into a projected commons majority. The aim is to show where the money is going.