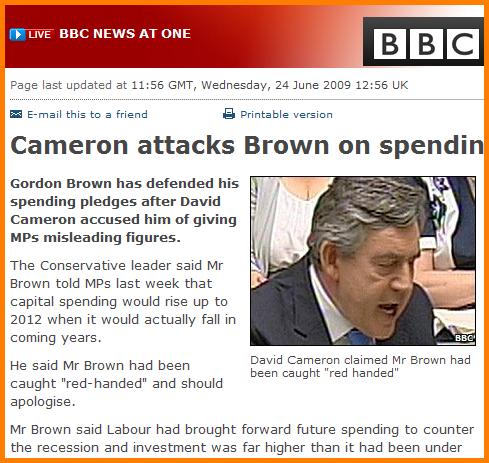 Will voters get bored by the details?

Yet again today’s PMQ was dominated by the Tory leader trying to get the PM to admit that his answers a week ago and other public statements on cuts were not accurate. He was, in fact, being called a liar.

The Tory strategy seems to be two-fold – to portray Brown as untrustworthy through his use of “dodgy” numbers and to get over that Labour is having to make cuts as well.

The BBC’s 1pm news reported this in terms of a concession by Brown although it didn’t sound like that.

Given the overwhelming nature of the economy the numbers debate is going to dominate political debate for months – the question is who will win?

The challenge for Cameron is to get over his argument in a manner that engages the public and that can be challenging – particularly in the face of Brown’s way of expressing and using figures. And from Brown’s perspective the continued pursuit of the argument by the Tories just provides another peg for him to make his “Labour invests – the Tories cut” point. Clearly he thinks he is onto a winner with this line.

In the meantime Brown is reported to be facing problems within his own cabinet over his approach and use of figures. For the first time we are getting suggestions of dissent – perhaps a sign of his own weakened position.