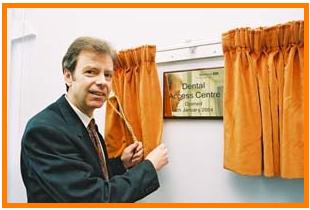 Or will be continue his customary independence?

Pictured above is Pat Hall, MP for Bedford since 1997, my general election opponent in 1992 and my colleague for adjoining divisions on Bedfordshire county council from 1989-1996.

Today at the first post-Michael Martin PMQs he’s down to ask the first question and I wonder whether he’ll succumb to the whips and ask a planted one?

Although we are of different parties Pat is generally a good guy and I was delighted when the Daily Telegraph gave him a clean bill of health on his expenses – something that sets him apart from the Prime Minister and the new speaker.

Pat’s resolve on this issue is commendably strong. At the first speaker hustings last week he was the one who put a tricky question to the contenders on expenses.

Let’s hope that at this lunchtime’s historic PMQs Pat is his own man and asks what he wants to ask – not something that has been written for him by the unsubtle goons in Nick Brown’s whipping operation. Brown (N) it will be recalled “claimed Â£18,800, without receipts, in expenses for food over four years”.

For if the commons is to change then the prerequisite is for the whips of all parties to have their powers curbed. That requires MPs like Pat to say “No”. Let’s hope he can make at least a gesture today.