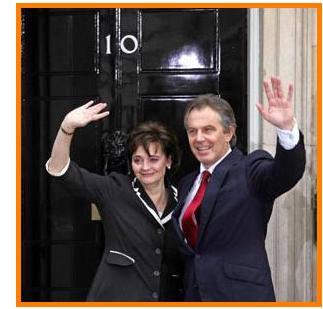 in the Guardian this morning is the news that both Blair and Brown are likely to face public questioning about their Iraq war role by the Chilcot inquiry.

Last week Brown announced that this would be in secret but after a wave a protests that has been changed. As the paper puts it “..the move to open up his hearings, which came on the eve of a Commons debate tomorrow on the inquiry, shows that a wholesale change of the terms has been carried out since the inquiry was established…”

It was widely reported that Tony Blair had been pressing for secrecy.

In a letter to Chilcot following a meeting with him Nick Clegg wrote: “I was pleased to see how much progress has been made from the initial position set out by the prime minister last week regarding the process of the inquiry â€¦ It was also good to hear you confirm that you will be seeking evidence from Tony Blair and others in high office at the time, and would want their evidence to be held in public except in very limited circumstances.”

The Tories have always been much more muted on the issue because their leader at the time, IDS, and most of the parliamentary party backed the war.

For the PM there are two difficulties: an apparent U-turn of the original inquiry decision which, no doubt will be highlighted at PMQs this lunchtime; and the dangers for his party if both he and Blair have to face public questions about their roles.

From the electoral perspective the 2003 Iraq invasion has, surely, declined in significance and Labour had been hoping that that many of the supporters who in 2005 switched to the LDs will return. The inquiry, particularly if Brown and Blair are summoned to be quizzed in public before the next election, could change that.

Maybe this is a reason for an earlier rather than later general election?