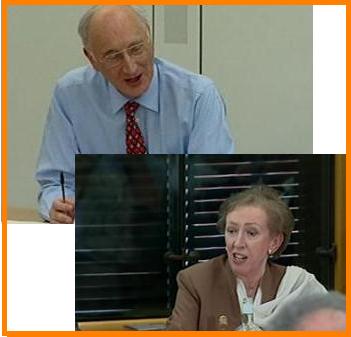 Where’s the best value in the Speaker betting?

With less than four days to go before the summer’s big political betting event is resolved – the battle for the Speakership of the house of commons – I’m becoming increasingly convinced that this is now a contest between Sir George Young and Margaret Beckett.

I had a good session this afternoon with a Labour MP who has been taking a close interest in the contest and his observations closely coincided what Gary Gibbon of Channel 4 News was writing on his blog 24 hours earlier.

Gibbon wrote: “There is a growing feeling that the â€œStop Bercowâ€ campaign will win the day on Monday. The sense is that John Bercow might very well top the ballot on the first round of the Speakership contest but then not pile on many votes. Sir George Young and Margaret Beckett could be vying for second place…I found Brownite Labour, Blairite rebels, Tory frontbench and backbench MPs today (Wednesday) who were more than ready to back Margaret Beckett. This was originally billed as a contest that would focus on bringing in someone with a clean sheet on expenses and someone who would challenge the executive. But the determination of many to stop John Bercow is changing the focus of this campaign.“

My Labour MP was dismissive of the Bercow move – “electing someone as speaker just to infuriate the Tories is not a good reason”. He thought Ann Widdecombe’s bid was undermined by her plan only to do the job for ten months and he felt that Sir Alan Haselhurst ‘s expenses completely ruled him out. The other Tory grandees were modestly interesting but didn’t stand a chance. My sense was that if it came to the final ballot he would go with Young over Beckett.

For the key to predicting this election is the voting system which has never been used before. For instance we won’t know until the day the full list of runners who each have to be nominated by fifteen fellow MPs including at least three from a different party than the candidate. Maybe some of the prominent challengers will fall at this first fence?

Then there will be a series of secret ballots of MPs with the bottom one being dropped in each round until one candidate emerges with more 50% of the vote.

Having got on Beckett a week ago with Hills at 20/1 and Ladbrokes at an amazing 40/1 I’m getting quite excited that Monday might be a big payday. I’ve also got more on Young today at a miserly 5/1. My earlier bets on him were at 33/1.