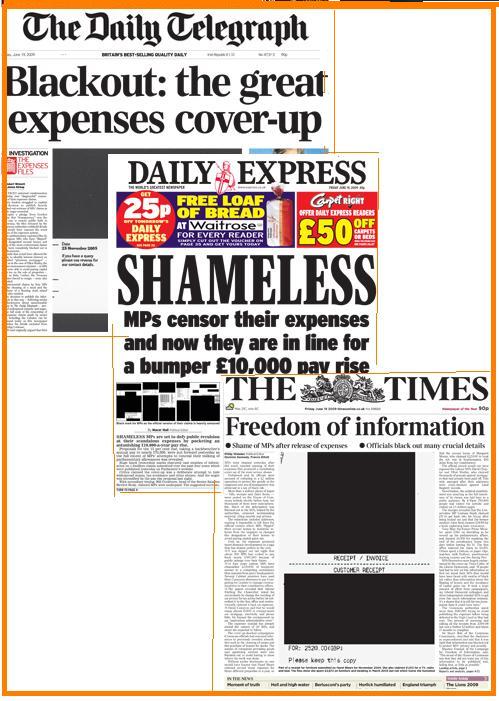 Has redaction just made it a whole lot worse?

If anybody thought that the official publication of MPs expense claim forms was going to put an end to the crisis then this morning’s front pages suggest they were wrong.

For almost every paper is leading with the same broad story “expenses blackout” – because of the way that most of the documentation is almost totally useless because so much of the key detail been blacked out.

All this has done is to reinforce the perception that our elected representaives think that they are not like ordinary mortals when it comes to being accountable for spending public money.

I fear that this has just raised a whole lot more issues and the overall expenses story just won’t go away.

The question is who will get the blame? Will it be Labour – the party in power – or will it be spread across all of them? My guess is that it will be the former.

For everything in the expenses story goes back to July 3 last year when 172 MPs, (see list here) 146 of them Labour ones, voted to block reforms.

If it appeared dumb at the time then it’s twenty times dumber today. The fools – stupid fools and the number included one prominent candidate for speaker – Ann Widdecombe. Could somebody with so little political awareness really get the job?