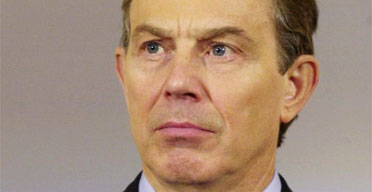 Is the Prime Minister’s job on the line on Thursday?

With just two days to go before voters in Hartlepool go to the polls a leading Guardian commentator has suggested that a victory for the Lib Dems could mark the end for Tony Blair.

As part of extensive by-election coverage in the paper today Martin Kettle speculates:-

It has been a long time since a party leader’s future hung on the future of a byelection. But it is true of Blair and Hartlepool on Thursday. If the Liberal Democrat Jody Dunn manages to suck up the anti-Labour vote to defeat Labour’s Iain Wright, then Blair’s grip on power would be rocked. Blair has sometimes said that he would not hang around if he thought he was a liability to his party’s electoral chances. Defeat for Labour on Thursday would leave him staring that conclusion in the face.

The more intriguing scenario, though, concerns the aftermath of a Labour victory. If Wright is elected to replace Peter Mandelson, then Labour will judge that the electoral sea-wall has held against the high tide of disaffection with the Blair government. A Wright victory will lead Labour to conclude that Blair is safe to lead the party into the general election.

It all depends on the scale of the Labour victory. Mandelson had a 38-point lead when he retained the seat in 2001. If Wright sees off the challengers with a win of that kind, then Blair is entitled to conclude that the worst is over. But if the lead is down to single figures, Labour MPs all around the country will be looking down the barrel of a gun. And that could start a process that even Gordon Brown’s hard-wired caution may be unable to resist.

Whether such speculation will help or hinder the Labour campaign we shall have to wait and see. It will certainly motivate the Lib Dems and enable them to move on from their candidate’s unwise comments on her blog.

It’s also likely to demoralise those Labour activists who would love to see the Prime Minister move on – could their efforts be keeping Tony Blair at Number 10?

William Hill, meanwhile have introduced a new market on “Blair standing down before the next General Election takes place”. The price of 14/1 seems generous and is certainly worth a punt although it is not yet available online. Let’s hope that it is not one of those William Hill markets that seem designed to attract media coverage – not bets. It is much better value than laying Blair at about 7/2 to be Labour leader at the General Election on the betting exchange market.

On the Hartlepool election itself William Hill’s re-entry into the market with Labour at 1/6 and the Lib Dems at 7/2 has caused the betting exchange prices to move sharply. We’ve always said that if the Lib Dems start to sniff victory then the prices will fall rapidly. It will be interesting to see if there are many takers at 7/2.

A good feature of the Betfair betting exchange market is that you can monitor how much money is going on and at what price. The message from the market at the moment is that there’s little support for Labour at the 1/4 that’s available there but that Lib Dem backers are not coming in either.

From the way the betting markets are operating we conclude that neither the Lib Dem or Labour activists are very confident.

As well as the Martin Kettle commentry the Guardian has an extensive feature on the by-election campaign that is well worth reading, though, irritatingly, you can only access part one of it online.