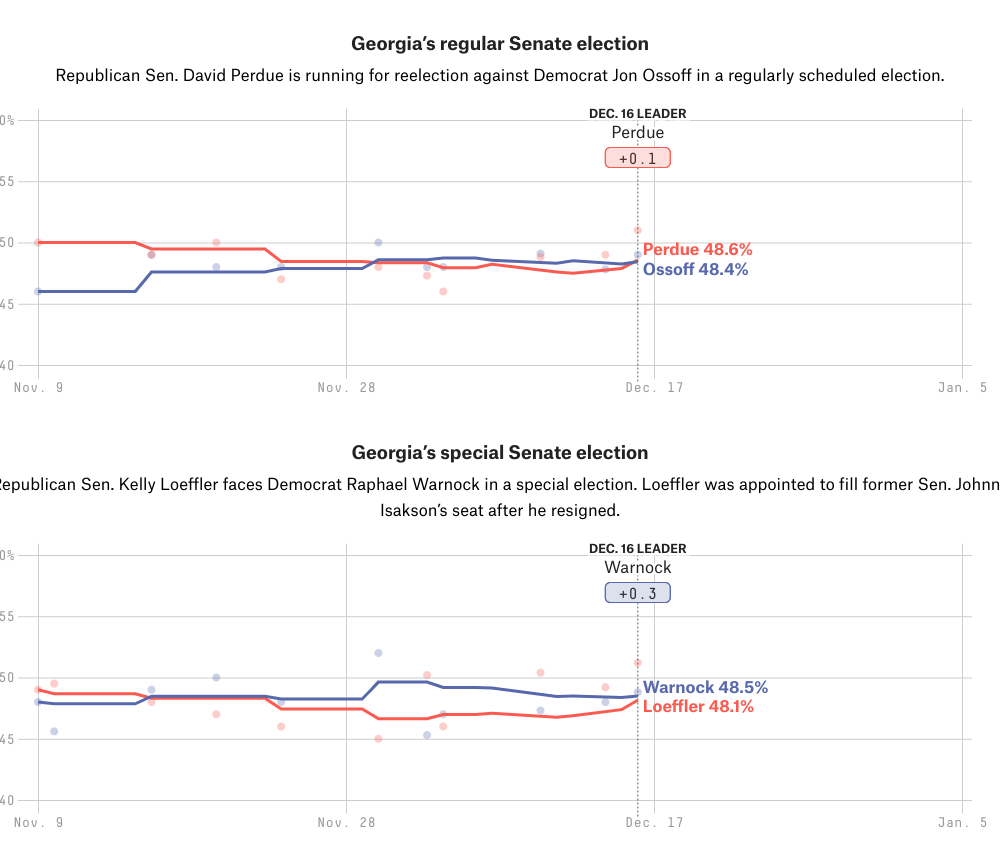 The above polling averages charts from Nate Silver’s site show the tightness of the two Senate runoff races that will be held on January 5th. If the Republican lose both then the Democrats will control the Senate, the House and, of course the Presidency.

These runoffs are happening because in November neither election was won by someone with 50% of the vote. Georgia, of course, was a surprise win for Biden in the White House race

So much is at stake and one key factor could be significant is that a total of 76k new voters have registered since November 3rd.

An indication of the interest in the elections is that on the first day of early voting 169k people cast their ballots which exceeds the total in November.

Who is going to win? If the polling is as good as it was in the presidential election both races are going to be very close indeed and at the moment it is slightly better than a toss up for the Republicans but only slightly better.

The big winners are Georgia’s TV stations which are seeing maybe 80% of their ads being about the election.