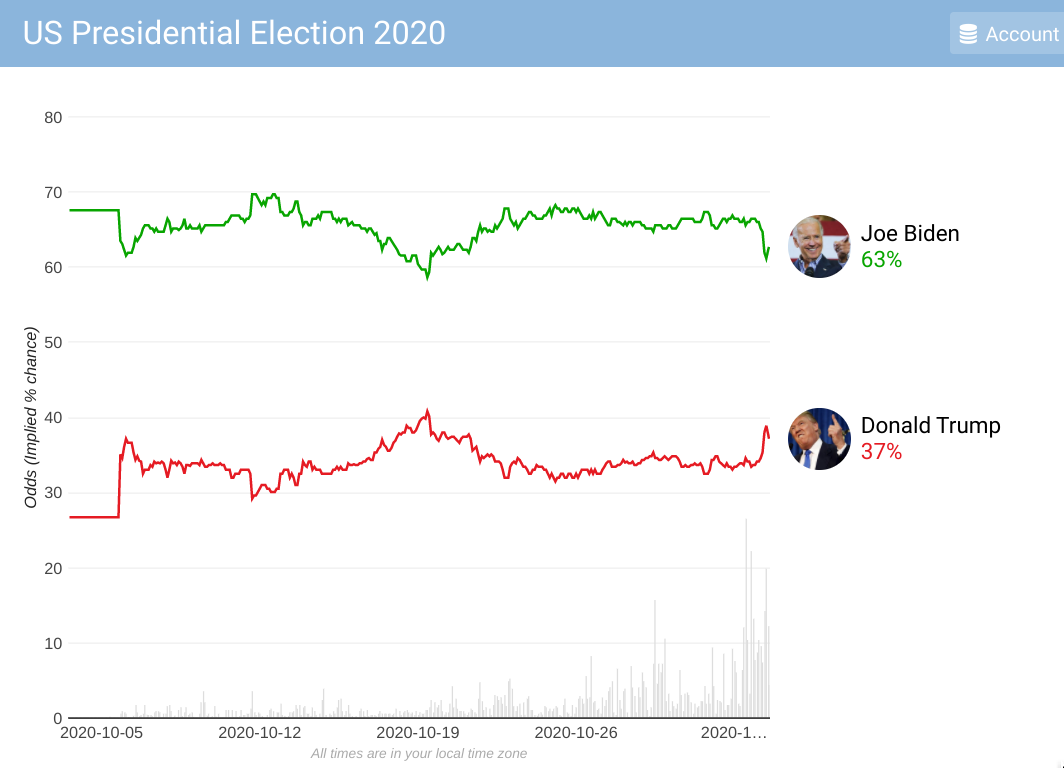 Chart from Betdata.io of the Betfair exchange market.

Meanwhile the Washington Post is reporting that an unidentified robocaller has placed an estimated 10 million calls in the past several weeks warning people to “stay safe and stay home,” spooking some Americans who said they saw it as an attempt to scare them away from the polls on Election Day.

Quite how effective that will be we won’t know until overnight but given that Trump is much more reliant on one the day voting than Biden that has the potential of harming the President.

Even if he is defeated Trump is making it clear that he won’t move off the stage quietly according to the Daily Beast. He’s reported to have told aides that he’ll continue with his rallies and even running again in 2024 when he will be 78.