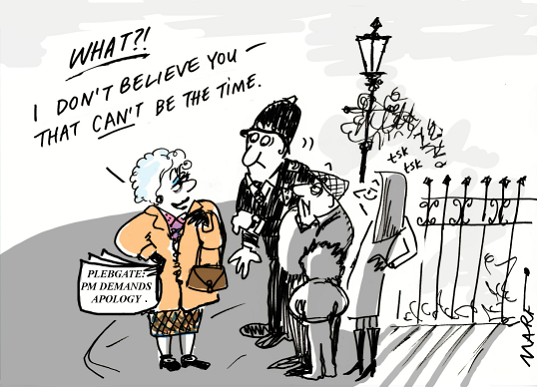 If you’re a lurker, why not delurk tonight?

Marf’s cartoon discusses one of the major topics of the day, The Clash between Andrew Mitchell and The Police in Downing Street last year. I wonder if the title of Andrew Mitchell’s biography will be I Fought The Law (and Law fought back), given the stories in links 5, 6 and 7, I wonder if some in the Police force will be considering their positions and thinking, Should I Stay, or Should I Go?