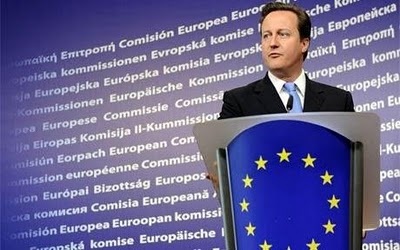 By this time next year, thereâ€™ll have been plenty of time to pick over the results of the European and local elections, for analysts, activists, elected members and party leaders alike.Â  The local elections are something of a mirror-image to this yearâ€™s: heavily weighted to urban areas, including London. Â Combined with European results, they hold a very miserable prospect for both governing parties.Â  So much so that talk of leadership change is likely, though the chances of actual change is somewhat lower.

At the same time, David Cameron has the tricky task of nominating the UKâ€™s next European Commissioner.Â  In happier times for the coalition, Nick Clegg was talked of as a possible.Â  He has experience in Brussels; his departure would allow for an orderly transition from coalition, enabling the two parties to re-establish clear identities; he is pro-EU, as is generally expected of Commissioners; and it would give him an honourable way out of a political career that probably has no future after the election.Â  It ainâ€™t going to happen.

Unless they implode spectacularly, UKIP will perform strongly.Â  They may top the poll; theyâ€™re very likely to finish in the top two (again).Â  Conservative MPâ€™s and activists will be in no mood to allow the nomination of an ardent Europhile, never mind one of a different â€“ and unpopular â€“ party.Â  So who does he nominate?

Earlier this year, Andrew Mitchell intimated that he may be interested in the job were it to be offered.Â  Again, one can see the logic.Â  As a former International Development Secretary, he has foreign affairs experience.

Mitchell is unlikely to return to cabinet despite the allegation that prompted his resignation now looking at best unreliable, so thereâ€™d be no reshuffle and it would be official vindication of a sort.

In addition, his Sutton Coldfield majority of 17005 is if not quite bomb-proof, then at least not a loss waiting to happen.Â  Even so, the details of the whole Plebgate row became so messy that all involved became covered in the political mud thrown.Â  Mitchell may well still be seen as tainted, however unfair that is.

What are the alternatives?Â  Not many is the simple answer.Â  History and convention suggests that the role is effectively a cabinet-level position but itâ€™s difficult to see Cameron wanting to give up any of his big hitters, or, for that matter, why theyâ€™d be too keen to go.

Gordon Brown had much the same problem last time, with Blair, Mandelson and David Miliband all passing up the opportunity to become the EU foreign policy chief.Â  Of the more senior ministers, Philip Hammond is probably the most plausible nominee.Â  Beyond that, weâ€™re probably looking at ministers like Owen Paterson or Francis Maude.