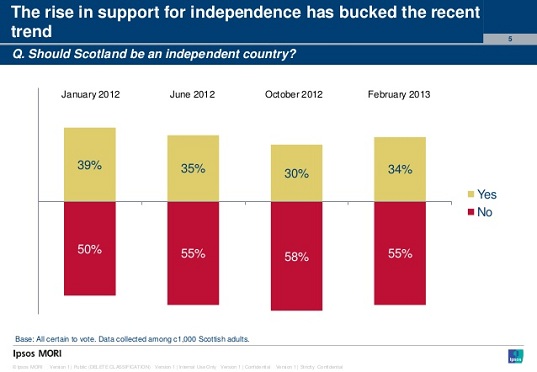 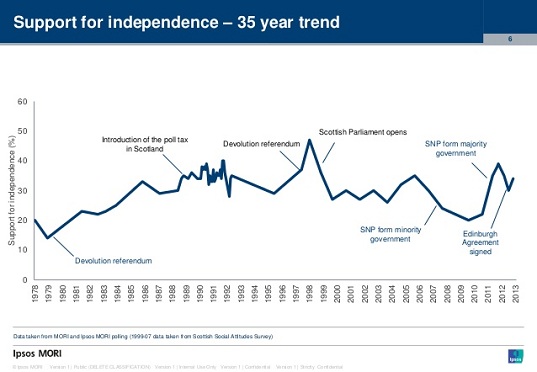 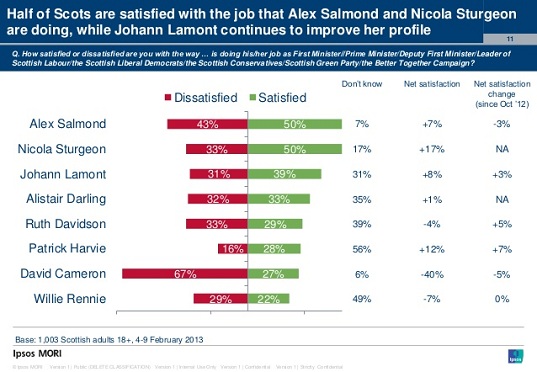 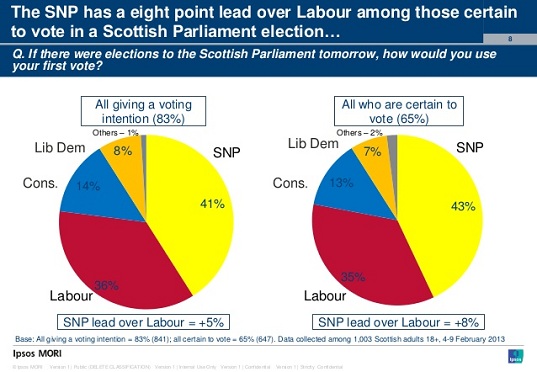 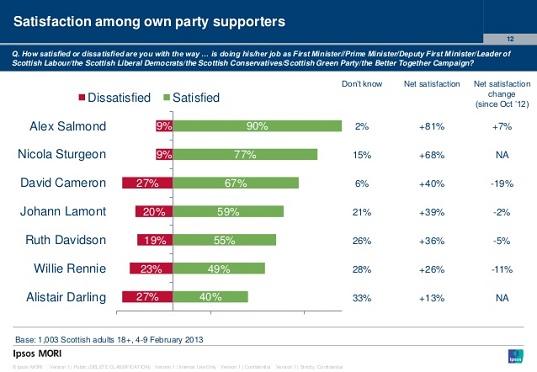 The Nationalists Strike Back

Ipsos-Mori have polled for the Times on Scottish Independence, the changes are from their last poll in October.

The poll, which asked the same question as the one now certain to be on the referendum ballot paper next year â€” Should Scotland be an independent country?

an extraordinary surge in support for independence among young Scots aged between 18 and 24. Last October, support was running at 27 per cent but it has more than doubled in only four months and stands at 58 per cent among an age group feeling the full force of poor employment prospects and Westminster welfare cuts.

Oddly both sides of the debate can be encouraged by this finding, the no side can point out that the one demographic that has the lowest turnout in elections, it is the 18-24 age range.

This polling reinforces the trend we’ve seen in some of the other polls this year, that shows a swing towards Independence.

Overall both sides will be comforted by this polling, the no side, still retain a substantial lead, and the Independence side have ameliorated the slide in the polls they saw in 2012, but backing for separation has still not recovered to the level it was a year ago (39 per cent).

On the ratings on how some of the politicians are viewed in Scotland, will also give comfort to the SNP and supporters for Independence.

The Times say there will be some more polling information released tomorrow, about “What do Scots think of the EU?”