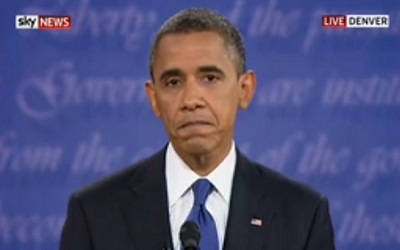 Following on from the first Presidential Debate, we’ve started seeing the first post debate polling emerging and other interesting snippets which could have an impact on the outcome.

On the polling, the Real Clear Politics average is now Obama 48.4% and Romney at 47%.

A new poll in Colorado released Sunday indicates President Barack Obama has a narrow advantage over Republican nominee Mitt Romney among likely voters in the state.

For Romney and Obama, there are two more debates left, if we see a repeat of the first, then it can only be good news for the former Governor of Massachusetts.

The focus this week will be on the Vice-Presidential debate, between Joe Biden and Paul Ryan, there’s some discussion of the preparation for theÂ debate. Romney will be hoping his running mate achieves the same sort of “victory” in his debate that he achieved to continue the momentum.

There is some good news for Barack Obama, unemploymentÂ hit a 44 month lowÂ and went below the crucial 8% figure for the first time under Obama’s Presidency, a lot of the post debate polling was taken before this news was released.

Also Obama has set a new fundraising record for September, as he raised $181 million in September, which will be crucial for advertising in the battleground states.