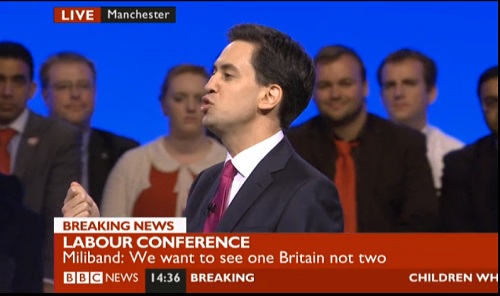 The Labour “don’t knows” are starting to support Ed

We’ve now got the first “who would make the best Prime Minister” ratings from YouGov since Ed Miliband’s conference speech on Tuesday and as expected the Labour leader makes progress narrowing the gap behind Dave to just 4%. This is the closest it’s been.

What’s drives these numbers more than anything else is the proportion of a a party’s own voters who say their man is best. Thus a month ago 93% of Tories backed Dave but only 53% of Labour voters supported Ed on this measure.

In today’s findings Dave is on 94% with his own voters while Ed has moved to 64% with Labour voters.

So the conference objective of getting the Labour movement more behind its leader seems to be working – though this is still “work in progress”.

Unlike Cameron who has virtually maxed out support amongs his own party supporters EdM has a fair bit of scope still to edge upwards.

The latest YouGov voting intention figures have CON 31%: LAB 45%: LD 10%: UKIP 7% which looks a lot better from the red team’s perspective than that margin of just 5% from the pollster at the weekend.

Inevitably, as we usually see, the party whose conference has been on last gets a boost. Next week the Tories gather in Birmingham without, you won’t be surprised, their new Chief Whip, Andrew Mitchell. If the pattern of this conference season is repeated then Dave’s team will make some progress.