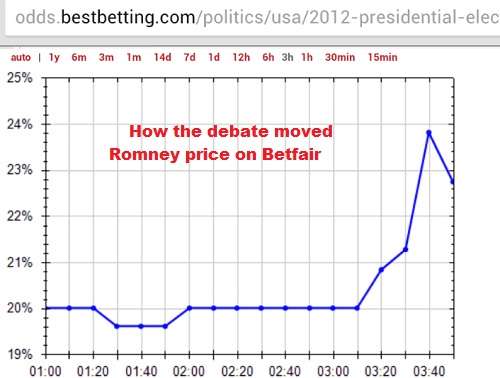 Romney up a bit but Obama still firm favourite

The chart shows the changes in the Mitt Romney price, expressed as a percentage, during tonight’s debate. The event, at the University of Denver in Colorada, started at 0200 BST and finished at 0330 BST.

On Intrade, the US-focused betting exchange, the Romney price moved to more than 30%.

Being seen to have won the first debate in instant polls is not the same as winning the election – just ask Nick Clegg.