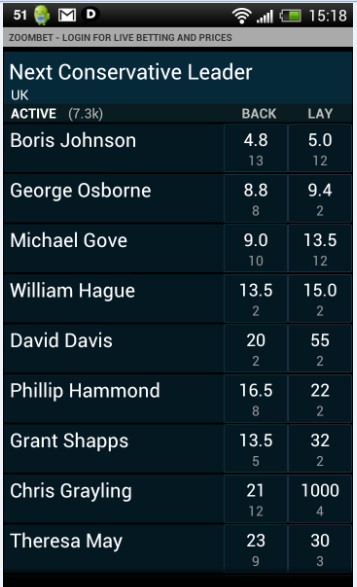 Above are the lat4est prices from Betfair on the Tory leadership. For those not familiar with the betting exchange a price of 4.8 converts to 3.8/1 in the traditional way of looking at things.

I’m not tempted. There are so many hurdles ahead not the least the fact that he’s less than six months into his second term as London mayor and, of course, is not an MP.

Even if he got back to the commons he’d likely have a tough fight coming in the top two of the MPs ballot that, under the rules, determines which names go to the party membership at large.

The other disincentive to bet is that you could be locking up your stake money for years.