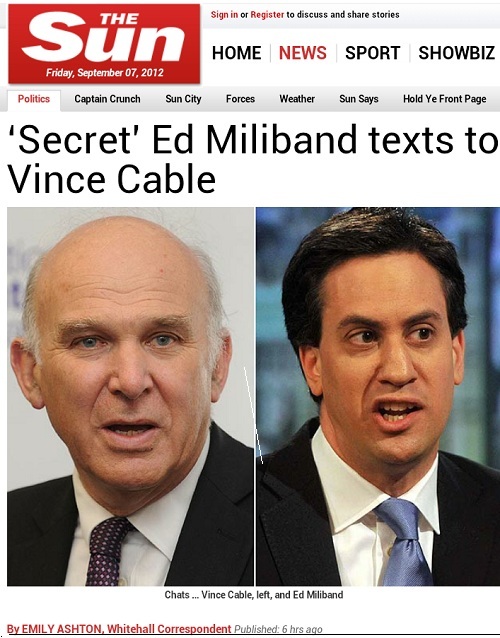 Ladbrokes are offering 6/1 against a LAB-LD pact

The revelations that Labour leader, Ed Miliband is in, apparently, regular text contact with Vince Cable is intriguing.

According to the Sun he told a think tank that “Wisdom doesn’t reside in one party”.

So what’s going on? Is EdM merely trying to keep his lines of communication open just in case he needs the yellows after the general election?

Or could it be that Vince Cable could provide the answer to Miliband’s Ed Balls problem.

The prospect of going into government and having to have the other Ed as his chancellor doesn’t look like a attractive prospect. After all Balls was his third choice for the shadow chancellor role after he became leader.

Wouldn’t a neat solution, if a coalition with the LDs is required, to make Vince his Chancellor? Cable would be delighted to take the post – one he has sought for years.

As for the Ladbrokes bet I’m not so sure. There are so many imponderables particularly as it is much easier for Labour to secure a majority on its own than the Tories.