Would the yellows poll better with him named as leader? 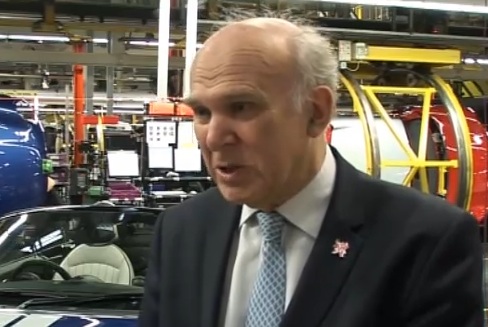 As we saw last week with the Lib Dem Voice survey of activists there’s a lot of interest in the party leadership – something that will be magnified as we get closer to the party conference less than a month away.

One thing that those wanting change are looking at are the consistently good figures that Vince Cable gets whenever he is compared with other cabinet ministers both Tory and Lib Dem. Featured above is the latest from the Survation poll for the Mail on Sunday and shows the views of voters when asked who who stay and who should go in the coming ministerial re-shuffle.

The detail shows Cable securing positive support from right across the backers of the three main parties though, unsurprisingly, not UKIP.

One thing that could accentuate the Cable moves is if we see a “named leader” voting intention question specifically mentioning Vince.

If such findings had the yellows doing significantly better with Cable in charge that could undermine Clegg’s position.

Will it happen? I know that such polling is being considered and my guess, based on the other polling, is that if it was asked then the findings would help Vince.