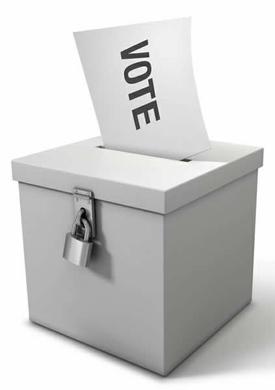 One thing is for sure â€“ Scotland will be returning MPs to Westminster at the next general election, whenever it is held.Â  On the SNPâ€™s proposed timetable, a Yes vote in the 2014 referendum would not result in an independent Scottish state coming into being until 2016.

It is inconceivable that Scotland could remain part of the United Kingdom, even for a few months, without parliamentary representation.Â  Perhaps a provisional arrangement might be made for a drastically reduced Scottish contingent during the transitional period, but the most likely outcome is that the present number of Scottish MPs would see out the remaining time until independence day, while perhaps observing a self-denying ordinance on any legislation not directly affecting Scotland.

So regardless of the outcome of the referendum, Labour will still have to face the SNP threat at the next election, and indeed the Conservatives will still be hampered by their own unpopularity in Scotland.Â  However, it seems safe to suppose that the referendum result will have a profound impact on the nature of Scotlandâ€™s contribution to that election.Â  Letâ€™s consider four potential scenarios â€“

1. Scotland votes Yes to independence in a single-question referendum.

With the momentum from having achieved itsÂ raison d’Ãªtre, the SNP would be well-placed to make sweeping gains in this scenario.Â  The electorate would also be conscious of the fact that the proper function of Scottish votes in such an unusual election is not to affect how the remainder of the UK is governed for the next five years, but rather to ensure that Scotlandâ€™s interests are protected in the final negotiations on the independence settlement.

On that basis, the SNP would probably look like the best bet.Â  However, itâ€™s possible that Labour might seize the opportunity to â€˜out-Nat the Natsâ€™, and promise a more favourable independence settlement than would be achieved by SNP negotiations with a Tory-led government.

On the other hand, there has been some limited speculation that Labour might refuse to recognise the validity of the referendum result, and would use the election to seek a â€œmandateâ€ to overturn it.

This is highly improbable.Â  Even a very narrow Yes victory in the referendum would mark an enormous psychological turning-point, and the likelihood is that both Labour and the Tories would quickly move on and look ahead to the opportunities that independence offers them â€“ in Labourâ€™s case, to dominate the politics of an independent Scotland, and for the Tories, to entrench their position as â€˜the natural party of governmentâ€™ in what remains of the UK.

2. Scotland votes No to independence in a single-question referendum.

Some commentators have assumed that the SNP would collapse in this scenario, but the evidence from Quebecâ€™s two referendums suggests that support for the pro-independence party is in fact likely to prove resilient.Â  Itâ€™s also worth bearing in mind that any No victory might be partly won by means of the â€˜Alec Douglas-Home strategyâ€™, ie. the promise of a non-specific form of enhanced devolution if people vote against independence.

If there was any backtracking on this unionist commitment in the wake of the referendum, which seems more than possible, the SNP would have an opportunity to seek votes on a pledge to keep the Westminster government honest.Â However, itâ€™s fair to say that the gains the SNP would be looking to make under this scenario would probably be more modest, and that Labourâ€™s prospects of retaining its Westminster dominance in Scotland would look considerably brighter.

3. Scotland votes for Devo Max (or Devo Plus) in a two-question referendum.

This is probably the scenario that would give the unionist parties, and especially Labour, the fairest wind going into the general election â€“ but only if they respect the outcome of the referendum.

With all three London-based parties committed to speedily introducing the form of government the Scottish people have opted for, the SNP could easily find itself sidelined by an electorate who see no further reason not to focus squarely on the question of who they want to see in power at Westminster.Â  Â But of course the reverse would be true if the outcome of the referendum is not respected, in which case the SNP could expect to make substantial progress.

4. The referendum does not take place at all.

This is a possibility that until recently was taken seriously by virtually no serious commentator in Scotland, but it has now gained some small currency, almost entirely due to the determination of a Labour blogger called Ian Smart to advance the notion that Alex Salmond will find a â€˜way outâ€™.Â  Frankly, this is fantasy.Â  Alex Salmond, John Swinney and even Nicola Sturgeon joined the SNP at a time when the party had no prospect of offering anyone even the slightest whiff of ministerial office.Â  These are not conventionally careerist politicians â€“ ultimately, theyâ€™re in the game to advance Scotlandâ€™s constitutional status.

Of course they will make a hard-headed tactical judgement over whether pushing for an additional Devo Max question is the best way of maximising the chances of achieving that objective, but it is inconceivable that a fear of failure will cause them to back off from holding the constitutional referendum that their entire political lives have been devoted to bringing about, especially when there is no guarantee of ever again holding the outright parliamentary majority needed to legislate for that referendum.

It should also be noted that past history shows that Alex Salmond is a gambling man, and that he generally gambles on success, not failure â€“ something which came back to haunt him in Glenrothes, but which has stood him in good stead more often than not.

Barring the premature fall of the coalition, the only way a referendum will not have occurred by the time of the general election will be if the negotiations between the Scottish and UK governments end in failure, and the Scottish government pushes ahead with the consultative two-question referendum its legal advisers have suggested would be within its current powers to hold.Â  If that decision is then challenged in court, there could in theory be a delay.

The unionist parties would be wise to fear how this scenario might impact upon the general election, because it would be relatively easy for the SNP to make the point that it had only happened due to the UK governmentâ€™s determination to obstruct a question on Devo Max â€“ the constitutional option that currently attracts the broadest public support.

These are four very different scenarios, and each one is laced with considerable uncertainty.Â  So, more than ever before, Scotland looks set to be the joker in the pack at the next general election.

James Kelly is a regular contributor to PB.