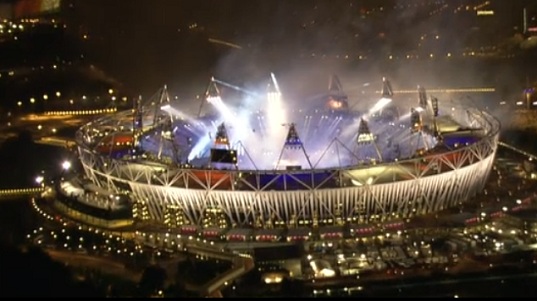 A guest slot by Financier

The London Olympics has witnessed a magnificent competition by the global family of athletes (of many disciplines) who have strived for just three prizes in each event: gold, silver and bronze. There were no prizes for a plucky loser, no medals for a good effort and no award for “well-tried.”Â  If you lost, then you lost. For many, it was quite apparent that the privilege of representing their country at the Olympics was the biggest prize of all.

However, it was noticeable that in their post-event interviews, the losers took personal responsibility for their result – they did not blame their coach, the weather, the track – indeed many were very apologetic for (in their eyes) letting down their supporters and country. All had shown enviable self-discipline and hard work in their training to reach the entry standards required.

How refreshing are their attitudes and humility when compared with the excuses given by many public bodies when things go wrong: “We will take the positives out of this” or “We will learn the lessons.” What have they been doing in the meantime?

The strap-line for these games is “Inspire a Generation.” SoÂ  how could UK Ltd, battling for a place in the global economy, learn from the example of these losing athletes?

Politicians – at all levels – why not be truthful about the real state of affairs instead of spinning a line for political gain – why not focus on solving the real problems of theUKrather than clinging to an outdated and failed ideology. Just tell it like it is – people respect the truth, however tough it is, put the people first before political and personal ambitions.

We read of a continuing decline in our education standards, of slipping down the world league tables, whilst politicians and educationalists (scared of being found out?) acclaim ever increasing pass rates at the same time as more children leave school neither literate nor numerate and thus not employable.

Why are so many schools and council education chiefs happy to preside over fourth-rate education and not seek excellence for every pupil? It does not cost money but does require good leadership, inspiring teaching and good communication. At the same time, councils are happy to pursue parents who may live just outside the “zone” – such councils have the wrong priorities – but then it is easier to track parents then bring a sink school up to excellence.

UK requires a growth in exports to non-EU countries. Many SMEs have products and services that are in demand overseas – they just have to ensure these goods are of a superior standard and the world will come knocking at their door, as long as you keep innovating. Yet too many are put off by the supposed-terrors of trade finance, a foreign language and business culture – all of these are surmountable – with a little bit of free help from the Department of Business (if it was led properly) and the FO.

Other public-facing bodies in utilities, care and health have exhibited abject standards that have horrified the nation. It would appear that the customer is almost regarded as a nuisance that has to be endured rather then served with pride.

We have heard of the Chinese ‘tiger’ mother who when her child returns from school with news of a 90% mark in a subject, praises the child and then says “what about that other 10%” and follows up with teaching that last 10%.

The UK had that attitude once – the pursuit of excellence. Â Miners would rejoice when their children were educated and would not have to go down the pit, other adults would go to evening classes to gain qualifications to improve themselves. Now we have increasing truancy and official surprise at declining standards – have the politicians been asleep or living in a fantasy world of self-deception?

So what about PB, which is gaining reputation for political debate. How can we improve – perhaps far less smearing and sneering from certain parties – you know who you are – and more thoughtful and weighed debate that will enhance the reputation of this site and confront the status quo. Â PB could become the major think-tank ofUKpolitics.

And each PBer? We have a duty to challenge and question the establishment, make a nuisance of ourselves to our MP and council and vitally to encourage and help our young people to aspire to excellence – whether they are family or not.

Financier is regular poster on PB, and this is the first in the series of guest slots by him on PB this week.