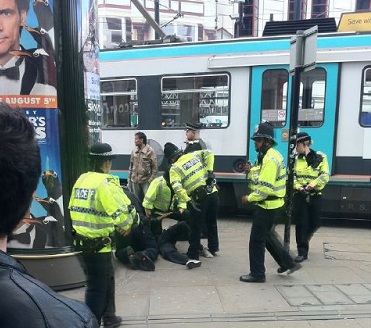 Iâ€™m increasingly concerned about the police commissioner elections. As Michael Crick explains the legal requirements are so stringent that even Falklands hero Simon Weston is unable to stand. Despite being one of Britainâ€™s best known veterans the fact that he broke the law as a minor and as such had a criminal record. Crick believes that under legislation last year anyone with a record will be open to legal challenge.

If this is the case, then I find it a staggering state of affairs. Only last week a prominent Conservative MP admitted on national TV to having repeatedly taken Class A drugs . Recently Labourâ€™s shadow Business Secretary who admits to having smoked pot, our Prime Minister refuses to confirm or deny if he took hard drugs before becoming an MP and the President of America volunteered in his book that he took cocaine as a youth.

It does seem at best careless, at worst double-standards that parliament legislated to deny a place on the ballot paper for a man who risked his life and has proudly served military causes because he was found in a stolen car aged 14. Surely it should surely be up to the electorate to decide what is and what is not relevant?

Elsewhere the Labour and Conservative parties appear to have chosen a bunch of political retreads and with the Liberal Democrats not bothering at all there is a good chance that many of the successfully elected Police and Crime Commissioners will be either former councillors or MPs from the main two parties.

The salary is not insignificant and low turnout elections over large geographical areas are perfect conditions for political parties to beat independents. The lack of freepost mailshot in these elections (which parliamentary candidates are entitled to) is another factor against independents, many of whom will have to devote even more time to fundraising just to communicate with electors.

There also appear concerns within forces. In April Gloucesterâ€™s Police Commissioner Tony Melville announced his resignation referring to the prospect of elected commissioners. Thereâ€™s likely to be many others who are privately uneasy. Some resistance is understandable. How well will they work with their elected leaders who are likely to have little if any policing knowledge or experience? I fear they will run rings around 20 year old candidates such as this young man chosen by the Conservatives to contest the Durham force election.

From a Labour Party perspective the candidates will be able to highlight Government cuts to police forces. But as an effort from the Coalition Government to capture the public imagination about policing and attracting independent candidates, the process already appears to be doomed.