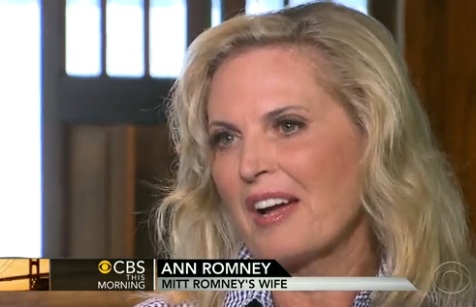 Should punters take this seriously?

In a CBS TV interview this morning Ann Romney gave a hint that Mitt is thinking of choosing a woman as his running mate.

She said that she and her husband had “been looking at” the possibility of choosing a woman to run alongside him. “And I’d love that option as well”.

Take that as you will but if you think that there’s something in it then it narrows the field down for those betting in this market.

A trend seen in a number of polls is that Obama is doing significantly better amongst women and maybe Mitt’s VP pick could help.

There are only seven women listed on the Betfair market including Sarah Palin who I don’t think has an earthly.

The buzz at the moment is for Sen. Kelly Ayotte on New Hampshire and there’s support also for Nikki Haley, Governor of South Carolina. Also there is Michelle Bachmann who was an early front runner in the race for the nomination.