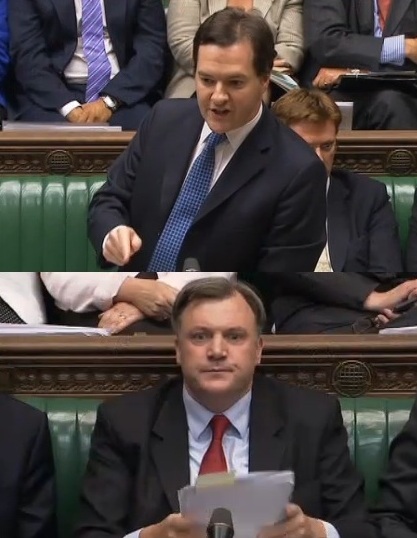 Could his obsession with Balls be his undoing?

According to a report behind the paywall in the Times there’s growing unease amongst Tory MPs over his approach to the LIBOR scandal and the way that he’s allowed his response to ” be dominated by personal attacks on Ed Balls.”

It says that “normally loyal MPs” are saying that he has a â€œdisproportionate obsessionâ€ with the shadow chancellor. The report goes on:

Another worried about his priorities: â€œPeople want us to sort out the effing banks, not worry about what Ed Balls might have said four years ago.â€

Another suggested Mr Osborne should spend more time in the Treasury: â€œWhen are we going to get a Chancellor who is not part time? You canâ€™t run the sixth largest economy in the world with a mate-ocracy.â€

If this is accurately reflecting the mood within the parliamentary party then Osborne could be in serious trouble. He can’t go as he has been.

Senior cabinet members have to maintain the confidence of the parliamentary party and when MPs are using phrases like “thereâ€™s an urgent need for more grown-upsâ€ that is clearly ebbing away.

His great strength is that he still has Dave behind him. You can get 2/1 that he won’t be chancellor at the general election.