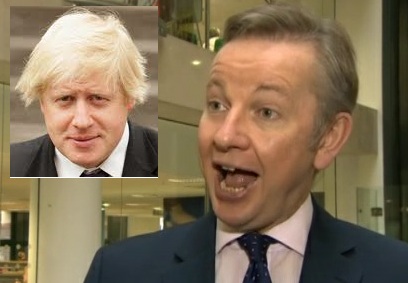 An intriguing battle is in prospect between the two Tory politicians who are most on the up at the moment – the victor against all the national trends in the London election last month and the cabinet minister seen by many as the most successful whose reputation was enhanced by his Leveson appearance.

The big political story in London in the past 24 hours is the news in the Evening Standard that Boris wants the power of the mayoralty to be widened so it can take on a strategic role in the capital’s education.

Although it’s not called by this name the Johnson plan looks very much like a reincarnation of the old Inner London Education Authority which was abolished by Mrs. Thatcher in 1990.

The Boris plan for London runs almost totally against everything that Gove is trying to do by stripping out the role of local authorities and having schools as independent units.

If Boris was able to have an exception made in the running of London schools it could undermine the education Secretary’s core strategy.

Interestingly Boris is using much of the educational establishment’s critique of the whole Gove operation to make his case for London.

Maybe I am a cynic but Johnson’s motive appears to be more than education. Could he be trying to impede the Gove band-wagon? Is the sub-text about destroying someone who could be a threat in the next Tory leadership battle?