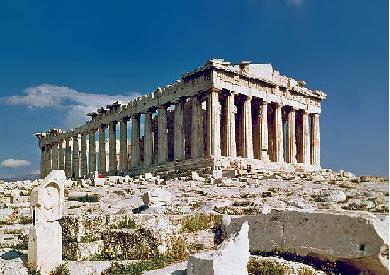 Is this the most important election ever?

Itâ€™s often heard from politicians seeking votes that â€œthis is the most important election for a generationâ€ â€“ I have yet to hear an election being described as â€œnot terribly importantâ€. But todayâ€™s poll in Greece can be justifiably described as critical and potentially historic. Can a new government be formed this time, and will the country be continuing with the bailout in some form with ND/Pasok or taking a radically different turn with Syriza? The result is keenly awaited by the markets and could have ripple effects through Europe, the UK, the US, and beyond.

No official opinion polls were permitted to be published during the final fortnight of the campaign, and although the majority of the pre-ban polls had the pro-bailout centre-right New Democracy ahead, several showed Syriza with a lead. Those wanting polling information in the final two weeks had to do some digging, but it appears to be the case that ND had a lead of about 2-3 points, while a Syriza source today via Twitter (usual pinch of salt applies) suggested that they were about 1.5% behind at mid-afternoon, while turnout seems to be on the low side.

For what itâ€™s worth my gut feeling is that ND will win by at least a point, thus securing the 50-seat bonus for finishing top, and will be able to put together a coalition goverment with the severely weakened Pasok, to ensure that the bailout and austerity programme continues, although maybe with some modifications. It looks as though all the other parties expected to win seats â€“ Pasok, Independent Greeks, Dimar, KKE, Golden Dawn â€“ will be down on their May showing.

But â€“ a couple of straws in the wind. As Our Genial Host mentioned, what about the football last night â€“ does this benefit ND or Syriza? And is Merkelâ€™s call for Greeks to vote for a party that will continue with the countryâ€™s commitments really going to help New Democracy as she wants? I wonder whether there will be quite a few wavering voters who will think â€œ**** you, Iâ€™m not going to be told how to vote by Germanyâ€ and will plump for Syriza. Might we yet see Syriza pull off a win â€“ and then could they put a government together with Dimar and/or Pasok? (The Communist KKE will almost certainly stay out.) Then, all bets are off.

Either way, it should be a fascinating night ahead, plus the government formation to follow. Exit polls are at 5pm UK time and results will emerge during the evening. With the urban/rural divide in Greece now being broadly Syriza/ND, Syriza should gradually creep up in vote share, as the urban centres such as Athens, Piraeus, and Thessaloniki are likely to finish counting after the smaller rural districts. For all the problems with the country, Greece is actually pretty efficient at elections and government formation â€“ each party leader attempting to form a new government will have just 3 days â€“ compare and contrast with the 18 months that Belgium took.

Finally, there are a couple of other elections today that are worth noting. In France, itâ€™s the second round of the parliamentary elections, with the expectation being that Hollande will secure a majority for the Socialists, maybe even without having to rely on other parties on the left. Rather like Obama in 2009, the PS would then control the presidency, the National Assembly, and the Senate. Meanwhile in Egypt, itâ€™s the runoff in the presidential election, and a rather unpalatable choice for many between Ahmed Shufiq, PM under Mubarak, and the Muslim Brotherhoodâ€™s Mohammed Mursi.

Greece official results (and May results) – for both of these, click home logo bottom left for map

DC mainly covers international politics for PB, with occasional forays into the UK and US. He also runs The Election Game.