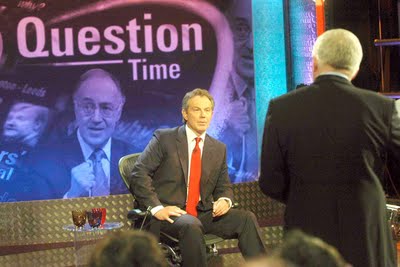 There have been several reports that Alastair Darling has identified Tony Blair to be the figurehead of the Unionist campaign in the upcoming referendum.

Will the participation of the most electorally successful politician of his era, be a help or aÂ hindrance?

Over at CIF, this move is seen as Labour being in denial.

Personally, I think Tony Blair remains one of the few politicians in the country, that can match Alex Salmond on the charisma and PR front.

Whether that is enough, remains to be seen, as ever, this needs to be seen through the eyes of the voters of Scotland.